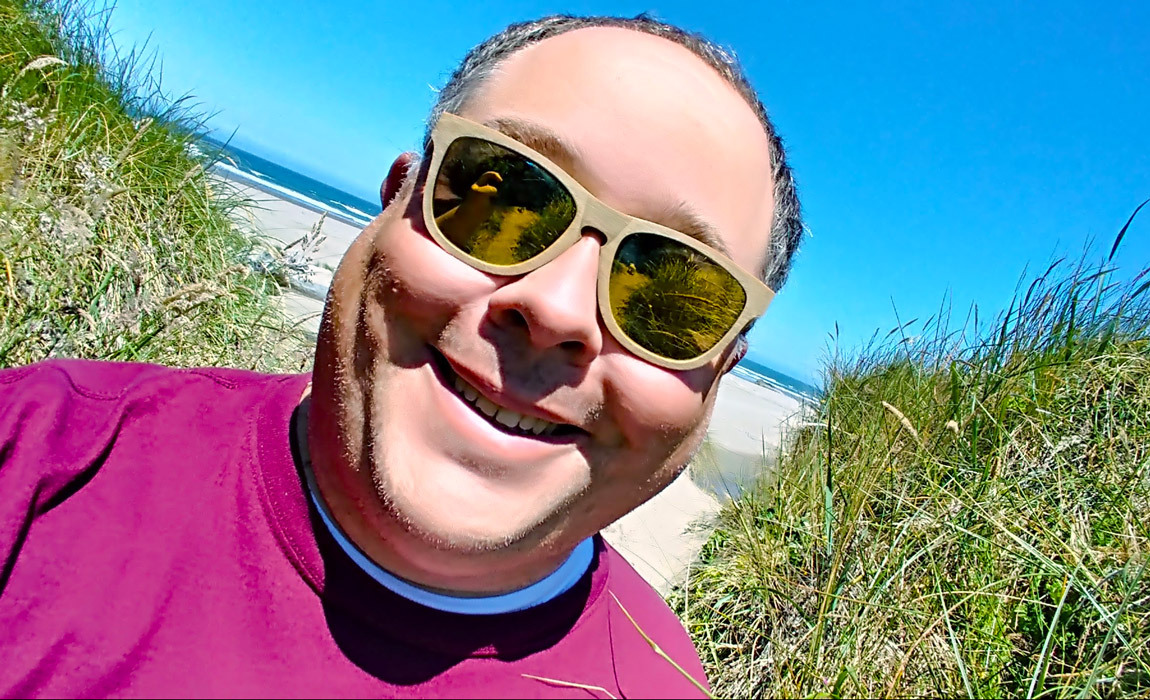 We're biased - I'll admit that. The idea for #MenWhoBlog evolved nearly a decade ago when I was neck-deep in creating the practice of corporate influencer marketing. I was a pioneer, developing the infrastructure for one of the largest multi-channel retailers in America. At the time, we had literally hundreds of millions of dollars in marketing to spend and my work was an interesting side note in the marketing budgets. Since then however, the power and efficacy of influencer marketing has become diluted, corrupted, and confusing for everyone involved. This is true not just for the brands and agencies - but also for the influencers themselves. Regardless though, Influencer Marketing still matters, and as they say ... if you believe something put your money where your mouth is. That's exactly what we've done and why we've completely transformed this website.

Originally this website was dependent on SEO traffic and it worked VERY WELL. My skill in white hat search engine optimization has always served me extremely well. Over time though, SEO became more and more expensive in an industry that was diluted with thousands of niches and hundreds of pitches to every brand imaginable. Most of those pitches were selling false expectations and dreams of success that while backed by solid statistics, simply weren't realistic.

As a result, we rapidly reached a point where leads from this website evaporated completely and so did campaigns across the industry. As an influencer I once had my pick of any campaign I wanted - things changed. The world shifted to Instagram marketing since they chased the success seen by the early social media influencers who truely had built a nearly cult following among their devotes. Seeing that success, every attractive girl in the industry (and many good looking guys as well) started sharing photos of themselves in exotic locations, often posing with products. This unnatural juxtaposition of "Here I am in the Maldives drinking Busch Beer" worked for a while. They got thousands of likes and cumulatively billions of followers made shallow comments such as heart and thumbs-up emojis.

It wasn't long before it became impossible to be heard among the noise of all these "influencers" but brands continued to pour money into a false sense of value and that led to more influencers trying to achieve shortcuts to success. That led to even more of the existing honest influencers needing to leverage those shortcuts to simply maintain parity. For instance, if you had 100 likes per post but your competition had 300 and that meant he got 3X the amount of money from a brand ... then you better do that too!

Most brands still don't "get it" but they are beginning to. Unfortunately, that caused MILLIONS of dollars to be re-allocated from influencer marketing to trusted but lower value mediums that we know don't work as well. However, even if we know that display ads suck and that TV and radio spots are insanely expensive ... only really working when you have a budget to saturate the market, marketers know they can trust the numbers to deliver a predictable result.

Last year - 2019 was a f'ing disaster and 2018 wasn't much better. Everyone's bottom line in the influencer marketing industry was terrible. Companies such as TapInfluence - once a darling of the industry sold its assets to IZEA, another once shining example of success that now is a withered husk of it's former glory. A few companies such as Intellifluence have succeeded though. They've democratized the market and forced the cost of influencer marketing to a very low level. For instance, while it once took a PR agency charging $100+ per hour to manage a campaign, you can do it yourself. If you are looking for automotive influencers, all you need to do is create a pitch, decide on a budget and let queries come in. You still need strategy and someone to manage the campaign but the power is back with the creators and it is scalable to work with 100 small influencers and would be overlooked by the large PR agencies, for the same cost (including management time) as it would to pick a handful of larger influencers for whom your brand was merely a paycheck.

Brands are looking for exactly these types of influencers and I agree with them. Personally though, as an established influencer at ManTripping.com, this sucks. A few years ago I could charge $1,000 for a single Instagram post but now I'm accepting opportunities for a small fraction of that rate.

As a marketer though, I love it but it's not all roses. I also see the flaws and weakness in working with microinfluencers ... especially at the lower end of the spectrum. Additionally, as money disappears from the table, so will the quality that my peers were able to create and the effort we once spent to promote our clients. Regardless though, this is the future, and prices to work with nano and microinfluencers will continue to be pushed down for all but the very few who can establish why they can offer genuine value. For instance, while recruiting for a campaign with "freelance influencers" the folks we worked with weren't nearly as professional. So while I could get a product shot on a big Instagram account for $50 vs $1,000 it took hours more of negotiaton to make it happen.

If that's true, then why am I still smiling?

The simple fact is that as disruptive as this crisis is for millions of people it is an opportunity to go back to basics with all elements of the media. Huge TV networks have been knocked down to the same production quality as influencers like myself and my friends. While search traffic is in the tank, engagement on Pinterest is through the roof. I was late to the party in terms of streaming media and podcasting but this is still a new medium where anyone can find success. Consumers now, more than ever are searching for authenticity and people that they can trust.

Content curation and having the confidence to make recommendations is more critical than ever.

When you combine that with the lessons we've learned over the past decade it is a recipe for massive success in working with influencers.

We're no longer doing repetitive and commoditized "how to grow your Instagram following posts". There are better folks out there to do that.

Instead, we've shifted MenWhoBlog.com to completely focus on curating the best male voices out there and providing a platform for those voices to do what they do best ... create great content.

In an industry where dad bloggers are dropping like flies and simply not able to maintain their sites or a regular stream of content ... we can help. Likewise, there are thousands of talented men who can't write about topics that fall outside their niches. For instance, the key to success is often to focus on a single niche - a knife blogger, a DIY blogger, a streaming guy who just talks about beer. So now we're offering the opportunity to guys who want to write, review, talk, about subjects that are of interest to other guys.

By doing this, we've embraced the community and leveraged how influencer marketing works most successfully. Instead of a handful of high-paying opportunities, we're focused on building a true community around our brand and that's a community we can extend and scale to other brands too. For instance, while we have content creation and sharing from this hub. We can now scale those messages across tens or even hundreds of other influencers to create conversations around brands that we trust and know that other men will love.

The #MenWhoBlog brand isn't just about male bloggers. It is about men who are on the front lines of trends.

These are guys that have something to say and aren't afraid to share it. We know that there are millions of men out there that have been lost in the conversations about what it means to be a man today and we're working to seize the conversation and change the tune.

This conversation is something that I could do with 10's of millions of dollars to buy radio and TV spots ... but it is also something I can do with shoestring dollars and the ability to create a community. This will ultimately support our mission through sustained influencer marketing efforts and create value for brands as well as those male bloggers and influencers that work with us.

Ultimately, I couldn't do it without support from companies like Intellifluence and industry leaders like them that I enjoy working with.

We get it ... and luckily for brands, influencers, and consumers ... they do too!