Who Invented the Electric Guitar? 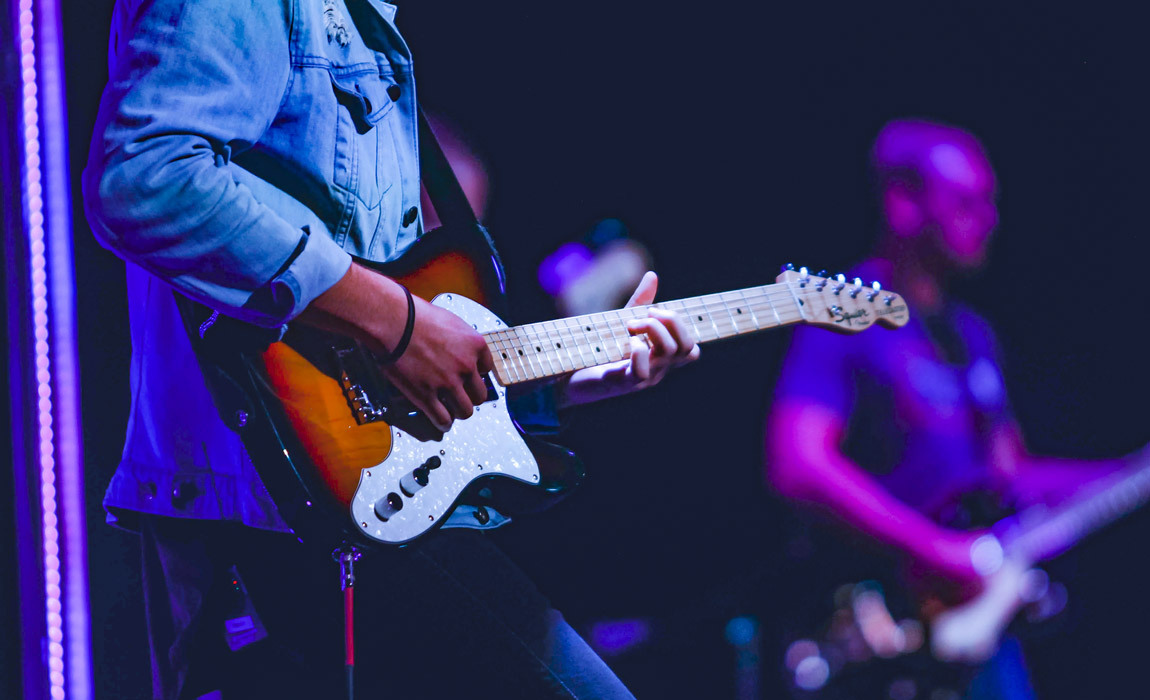 A guitar is an instrument that has been around for many years and the modern guitar has evolved from a variety of ancient stringed instruments to become what it is today. The modern guitar traces it origins back to Spain in the 16th century but it wouldn't be till centuries later when the electric guitar would be popularized by jazz guitarist Charlie Christian in the 1930s. From there, the electric guitar would go on to become one of the most common musical instruments used in bands today. 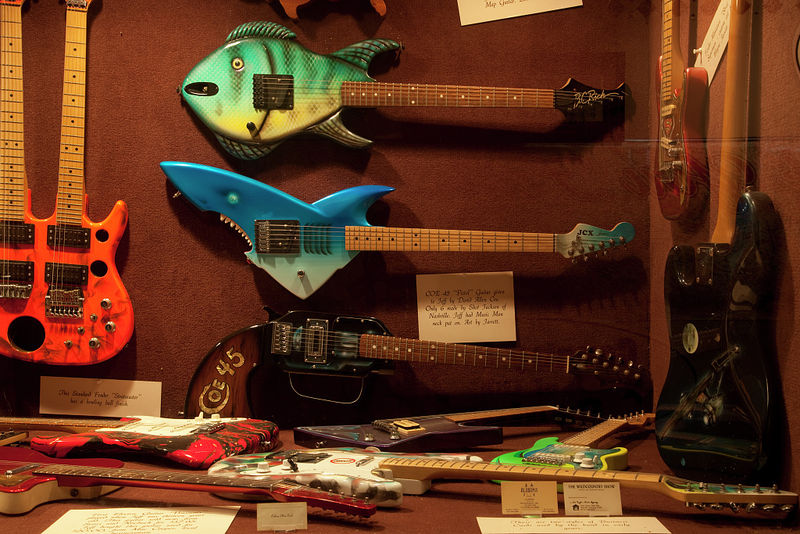 Some of the famous names associated with electric guitars include Leo Fender and Les Paul; these individuals revolutionized the music industry with their talent. Despite their popularity and talent, the electric guitar technology would be pioneered by amateur radio enthusiasts known as tinkerers. The evolution process of the electric guitar has been scattered and messy. Unfortunately, it is also hard to trace the first person who came up with the electric guitar. Electric guitars were also a result of electric amplification and distortion technology that was being applied to a variety of audio devices, including amplified speakers in 1925 by Edward Kellogg and the electric piano, also around the 1930s.

The technological revolution that allowed amplified music began however with the audio amplifier. This integral piece of musical technology was invented in 1912 by Lee de Forest who used a triode vacuum tube. Later, audio power amplifiers using transistors became less expensive and more resilient, allowing the technology to spread widely in the 1960s. This later era is when instruments such as the electric guitar transitioned from an instrument with limited acceptance and became something that defined an era with stars like Jimmy Hendrix illustrating how it could be used to create a completely new type of sound.

Unfortunately, while there are many stories about who created the first electric guitar, that piece of history is unclear at best. Music historians and electric guitar fans have been sharing their findings for decades while dismissing certain myths related to the origin of electric guitars. Here are some of the most commonly accepted answers.

The technology meant for the electric guitar was present even before the fuzz box came into existence. Some of the principles utilized when inventing the electric guitar include the principle of induction, formulated in 1830 by Michael Faraday. The electric guitars' pickup is in the form of a copper wire, which is wrapped around the magnet. Since the induction principle is utilized, as the steel rings vibrate, an electromagnetic signal will be produced. The signal will then travel through a cable, and the signal strength will be strengthened by an amplifier.

The induction principle is useful and straightforward, such that many devices relied on it during the 20th century. Telephones and telegraph keys depended on it.

Musicians were not behind the invention of the electric guitar. Tinkerers were the ones who would take apart different forms of technology such as radios or telephones while looking into what they could do. Some of the uses reimagined by such individuals were somewhat bizarre; nonetheless, they managed to develop an electric guitar.

Electrified ... But Not Quite An Electric Guitar

George Breed patented the electrified guitar back in 1890. The instrument he invented did not rely on voltage. It made use of electricity to produce sound as the instrument was being played.

Matthew Hill usually studies musical instruments' history, and he managed to come up with a replica of the electrified guitar. He found out the electromagnetic system is complex, and the strings usually vibrate. The guitar will play itself and produce an ethereal. While attending a particular conference, Hill began to argue that Hill wanted to showcase what electricity could do. His primary focus was not on making an electric guitar that would produce a pleasant sound.

In 1929, Stromberg Electro Instruments introduced four instruments that set the tone for future electric guitars. They introduced Electronically Amplified Guitar, Tenor Guitar, Banjo, and a Mandolin. Aesthetically, these instruments look identical to their non-amplified cousins and teh objective was simply to make them louder. It would produce a greater sound such that it could be used during a performance in a large hall. Despite their status as an early pioneer, the company quickly faded from history.

After the disappearance of the Stromberg Electro, the main focus was on building an electric axe. In the process, Ro-Pat-In firm based in Los Angeles came up with a prototype. The pickup managed to sense the vibrations of the metal strings. The corporation also came up with a test model that was made of wood. Lloyd Loar, an engineer, chipped in, and together they managed to come up with an electric guitar. 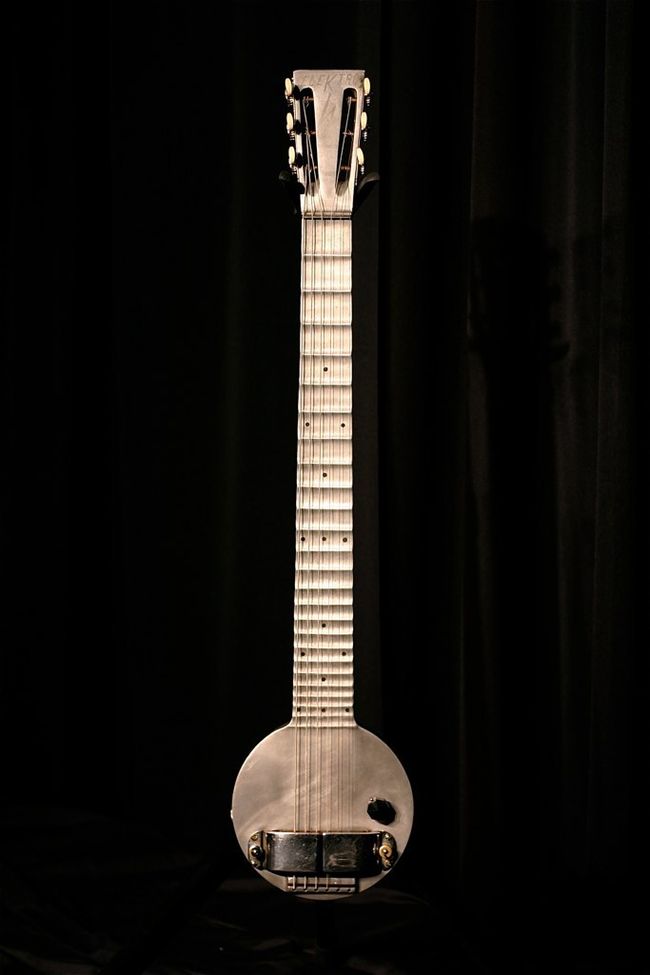 While previous instruments had primarily been designed to amplify the existing sound so that it would appear louder in concert halls, National Guitar Company's "Frying Pan" took things a step further. Unlike previous guitars that depended on a vibrating soundboard and resonance chamber, the Frying Pan used electromagnetic pickups that amplified the vibrations created by each individual guitar string. The resulting signal could then be amplified, distorted, and affects added to it. While they are widely credited as being the first - or one of the first - inventors of a modern electric guitar, they didn't patent the technology until 1934, under their new name Rickenbacker Electro Stringed Instrument Company.

Unfortunately for the inventors, the patent wasn't issued until 1937 and by then many other competitors were already producing their own electric guitars, including Dobro in 1933; National, AudioVox and Volu-tone in 1934; Vega, Epiphone (Electrophone and Electar), and Gibson in 1935 and many other competitors by 1936.

From the 1930's on, electric guitars would go on to shape a revolution in music. From jazz to rock and roll, electric guitars as well as electric bass instruments and amplified music in general have created an environment allowing for incredible creativity and innovation.

Tips To Take Your Blog Videos to the Next Level

Beginner's Guide To Getting Into Model Trains