Milk Facts You Need To Know, Including: Does Organic Milk Last Longer? 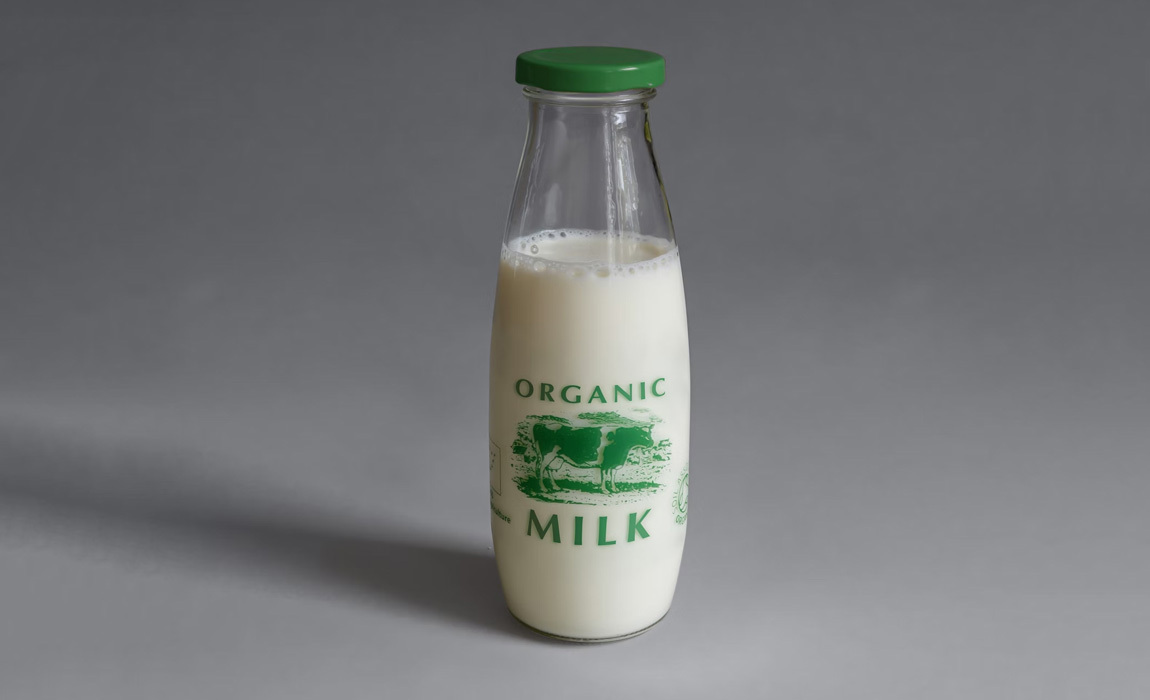 When you are out shopping for milk, the fact that organic milk can last for up to a month may at times seem too good to be true. Organic milk is in some quarters regarded as milk in its truest form, and its rather incredible shelf-life adds even more weight to this claim.

Some Facts about Organic Milk

In its most basic understanding, organic milk can be described as milk that is gotten from cows reared in the most natural farm conditions. For milk to be regarded as organic, the living conditions of the cows from which the milk is gotten must meet certain criteria. These regulations are set by the United States Department of Agriculture (USDA), ensuring that farmers stick by them for their milk to be rated as organic. The cows should not be treated with any form of antibiotics during their milk production lifetime. The cows should not be given any synthetic growth or production-enhancing hormones during their milk production lifetime. At least one-third of the cow's diet must be from pasture. The cows should also not be administered any conventional pesticides.

Why Does Organic Milk Last Longer?

Unlike popular belief, organic milk does not last longer just because it is organic milk. On the contrary, its organic nature has very little influence over how long it lasts after processing. Organic milk gets its rather long shelf life due to how it's processed. While all forms of commercial milk production processes have some form of heat treatment, organic milk is treated to even higher temperatures. In a process called ultrahigh temperature (UHT) processing, organic milk is heated up to two hundred- and eighty degrees Fahrenheit for a period of about three to four seconds. In comparison, non-organic milk is heated up to about a hundred- and sixty-one degrees Fahrenheit for about ten to fifteen seconds. While the pasteurization (heat processing) of non-organic milk gets rid of the bacteria that would otherwise make you sick, organic milk pasteurization through UHT eliminates all the non-essential components of the milk. This extra shelf life obtained from the milk is used to ease the logistics of the milk. While even milk that's not treated using the UHT process usually travels long distance, organic milk is known to have an even longer travel process from farmer to end-consumer. One of the main building blocks of organic milk, the prohibition of antibiotics on the cows, is also one of the main reasons that there is the need for UHT processing. Like in humans, antibiotics are used to eliminate bacteria in farm animals like cows reared for milk. Since this antibacterial measure is not taken at farm level on the cow, it raises a need to be extra thorough with the milk during processing.

So Why Isn’t All Milk UHT Processed?

While we would all use some extra shelf life on our milk, the UHT treatment process is known to change the milk's flavor slightly. During the ultra-heating process, some of the naturally occurring sugars in the milk are caramelized, making their sweetness even more distinct in the resulting milk. While this sweet flavor may be negligible to most, some people may find it unpleasant and different from the natural milk flavor they are used to.

The most distinguishing feature of organic milk from regular pasteurized milk is its longer shelf life. From an economic perspective, stacking up your fridge with organic milk would mean that you are less prone to the risk of your milk going bad and thus being trashed away. While the extra-heat treatment of organic milk may eliminate essential nutrients in the milk, organic milk's processing eliminates all possible bacteria in the milk. With standard pasteurized milk, you always stand a chance, though rare, of coming across bacteria that may be harmful to you. Some studies also suggest that the farm setup is safer and environmentally friendly through the natural farming practices of organic milk. This is because organic milk farming practices use no antibiotics, synthetic chemical compounds, hormones, and pesticides. This, therefore, makes it less likely for these substances to drain off to surrounding soil or water sources. 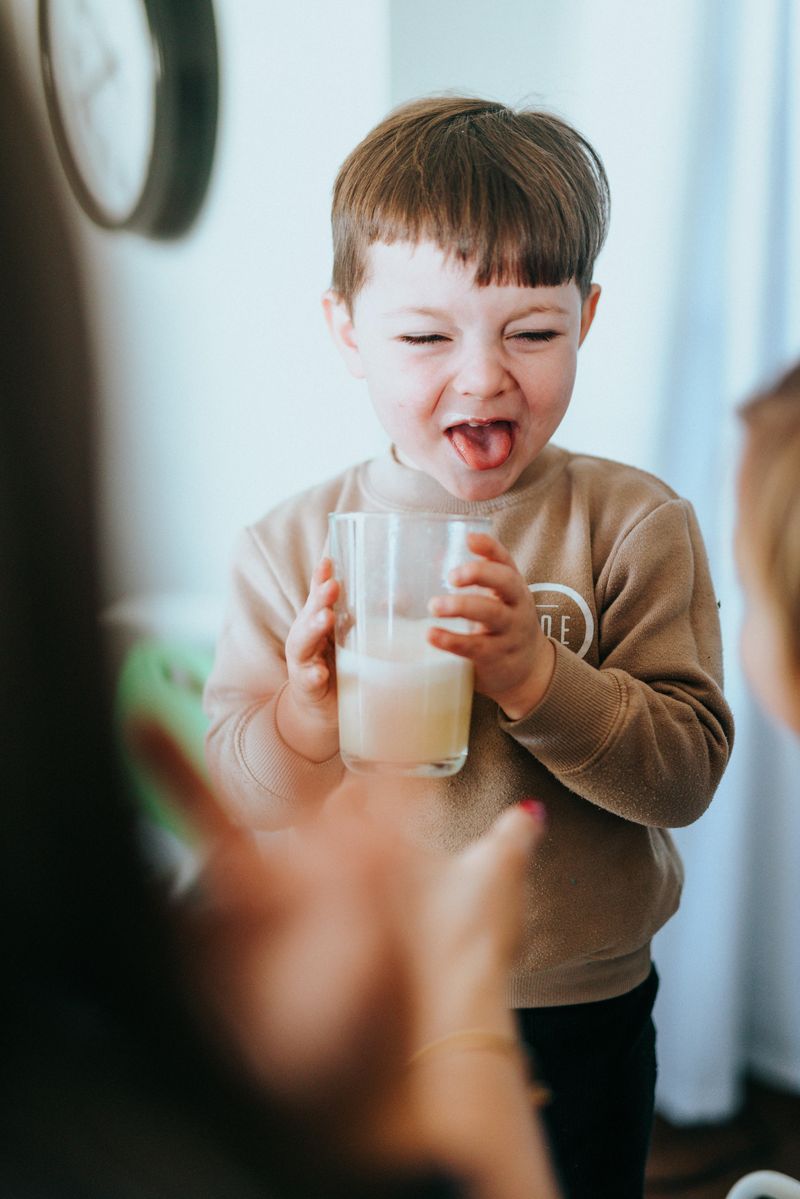 How Do You Know If Organic Milk Has Gone Bad?

Regardless of its long shelf life, organic milk is known to go bad, just like other forms of milk. While the UHT process eliminates all the bacteria in the milk, some organisms will survive and aid in the spoilage process. Here are some methods you could use to know if organic milk has gone bad:

Check the color of the milk

See if it's still white or has turned to some shade of light yellow. Regardless of what the expiry date on the packaging may say, when you see the milk is not its natural white color, then know that it might not be safe to drink.

Warm or heat the milk in a microwave

When milk has gone bad, it usually starts forming lumps and an uneven texture when it is warmed. You can pour a bit of the organic milk into a transparent glass, warm it up a bit and then check for any inconsistencies in the texture of the milk.

Check the storage conditions of the milk

To see if it's been at room temperature for longer than it's supposed to. Though organic milk has a relatively long shelf life outside the fridge, it is still important that you permanently store it in cool and dry conditions.

Smell the milk to check for any unpleasant odor

This is the easiest way of checking. If the milk has an unusual odor, then know that it's not safe for consumption. 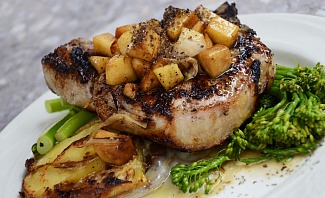 Creating Healthier Meals During The Week

Creating Healthier Meals During The Week 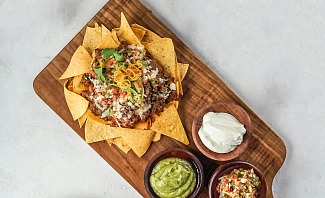 Men's Guide to Culinary Exploration: Ways That You Can Find Your New Favorite Food

Men's Guide to Culinary Exploration: Ways That You Can Find Your New Favorite Food 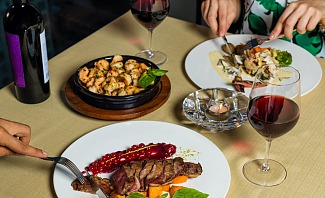 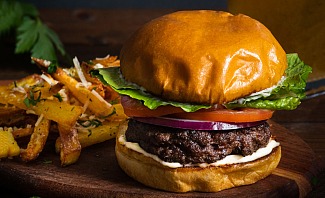 The Perfect Cheeseburger: How to Make the Best Burger at Home

The Perfect Cheeseburger: How to Make the Best Burger at Home