Who Invented Pop-Tarts And More Questions About Toaster Pastries 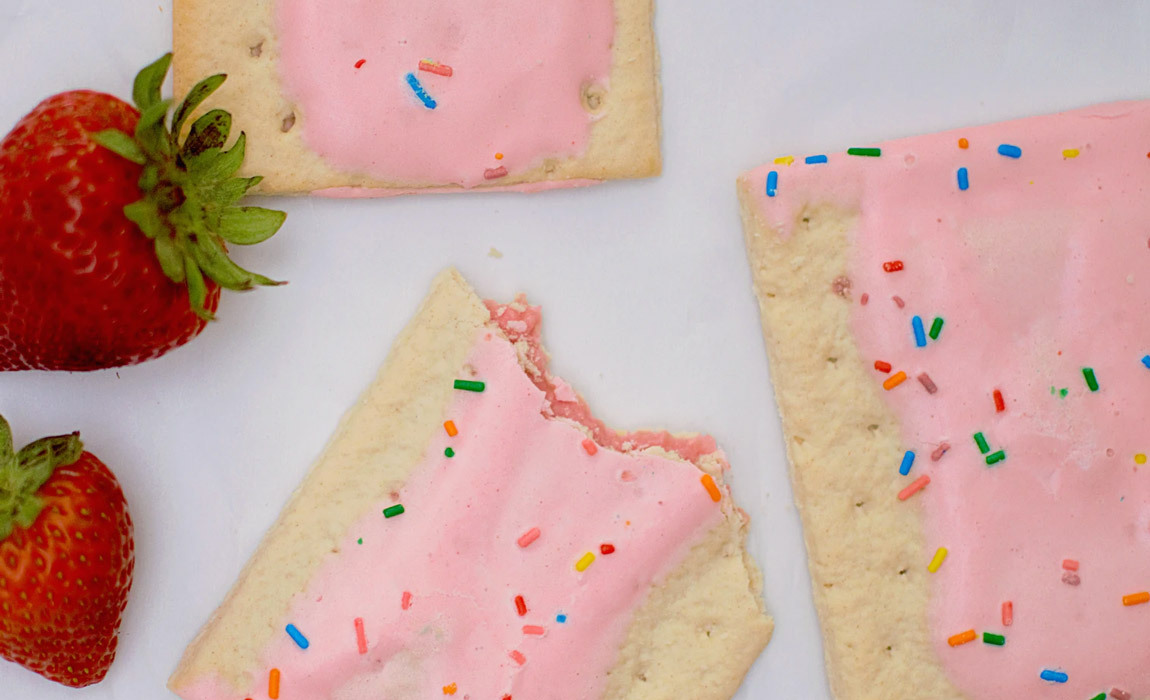 They are easy to make, cheap, and come in fantastic flavors, Pop-Tarts are an iconic American breakfast pastry but how much do you actually know about them? Let's take a look at everything you might want to know about Pop-Tarts including who was the genius that invented them for us to enjoy!

In the 1960s, Kellogg’s business was booming thanks to its healthy sales of beloved cereals and crackers, including Corn Flakes and Frosted Flakes. Rival company Post Consumer Brands, known for their Raisin Bran and Honeycomb cereals, sought to take away the spotlight and announced a forthcoming toaster pastry -- a yummy breakfast meal that could be eaten on-the-go. Post had invented the process of storing food individually in wrapped foil so as to not have it spoil. Their idea was to sell wrapped fruity pastries in these foils so parents could give their children a tasty and healthy meal to eat on the way to school.

But, before Post could release the product, Kellogg’s quickly whipped up its own alternative and released the product in 1964 to great fanfare. This new dawn of breakfast on-the-go, “Pop-tarts,” was available in four distinct flavors: brown sugar cinnamon, apple currant, strawberry and blueberry. The name was a fun reference to the “Pop Art” movement initiated by Andy Warhol’s famous “Campbell’s Soup” artwork. Initially, Pop-Tarts did not contain frosting, though three years later, the company re-released the product with frosted coating that could withstand the heat of a toaster.

The company continued to have great success, and Pop-Tarts became international when they began to be sold in the U.K. in the 1990s. Though sales weren’t as high in the U.K. as in the U.S., the product was sold at a healthy enough rate. Fast-forward to 2020 and Pop-Tarts are more successful than ever. Pop-Tarts now contains over 20 different flavors, ranging from S’Mores to Hot Fudge Sundae to Peanut Butter.

There have even been some variations of the original product released, including Kellogg’s Pastry Swirls in the 1990s, which were a softer and circular take on the classic Pop-Tarts. In the 2000’s, the company introduced Snak-Stix, which featured smaller-sized Pop-Tarts, meant to be broken apart and consumed as a light snack. These and the Pastry Swirls found limited success and were both discontinued shortly after they were released.

With sales continuing to rise for Kellogg’s Pop-Tarts, it's clear the fan-favorite is here to stay. Kellogg's continues to release new flavors of the product every year, often launching new flavors around the holiday seasons, including Halloween and Christmas. Additionally, popular tv characters have found a home on Pop-Tart boxes, including Spongebob Squarepants, Pikachu and Spiderman. With such a large variety of flavors and designs, it's clear there is a Pop-Tart out there for everyone!