Who Invented Ketchup And Other Questions About America's Favorite Condiment 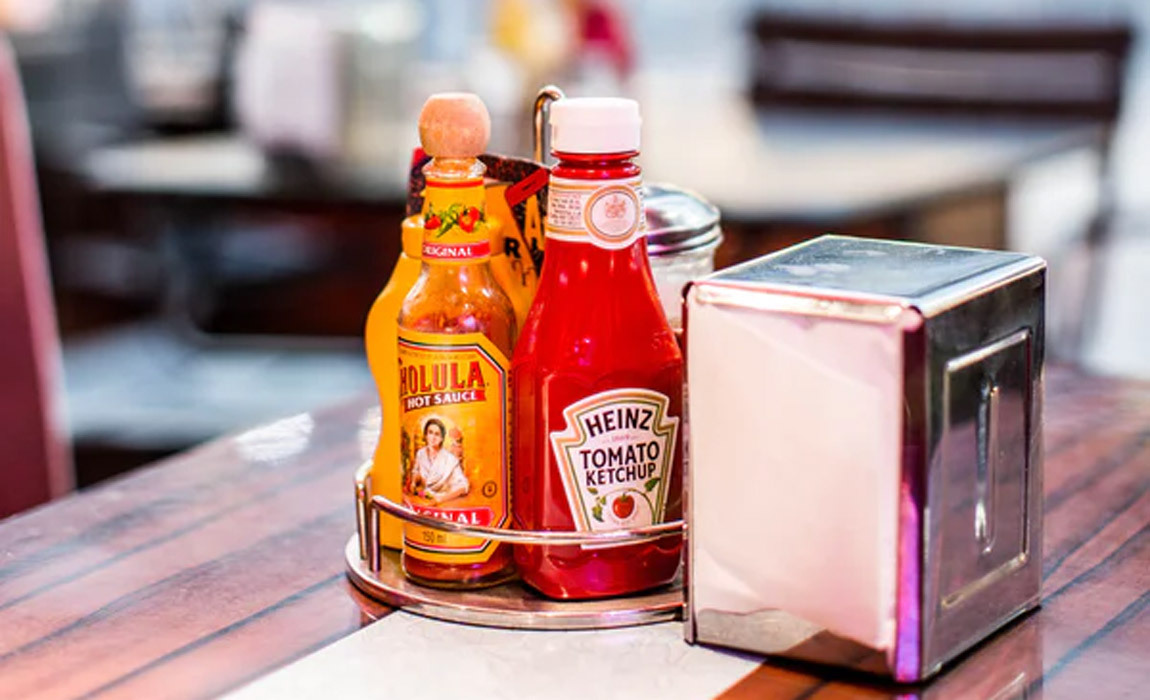 There is no more popular condiment in the world than ketchup. On top of its many assignments in the fast food industry, ketchup also shows up in every home refrigerator, school cafeteria, and hot dog stand in the country. It's so popular that it has really just become part of the landscape, with nobody really understanding what brought this essential add-on to our collective diets. We just squeeze and shake it onto our food without realizing where it came from. Here's the real history of ketchup.

Of course, that story tells only the origin of the word. Nobody is shaking a bottle of brined fish onto their gourmet burger. It was only later that tomatoes entered the picture--and fish exited.

But first, there was another addition to the mix. Ketchup as we know it started in the United Kingdom, and it was first formulated with mushrooms. It had evolved to that point after starting in its original fish form. Soon, mushrooms and shallots moved in, with such a version appearing in a 1742 London cookbook. Before much longer, the fish was a minor ingredient, and ketchup was a mushroom concoction.

This edition of ketchup spread broadly through the British Empire, including to the 13 colonies. At the same time, the word "ketchup" was being used rather liberally, with a context-focused more on it as a mushroom-based condiment than on any particular formulation. You can actually still find mushroom ketchup today, but it doesn't have quite the selling power of the tomato version.

In the mid-1800's, most recipes for ketchup still called for anchovies. By this time, though, the presence of the strong tomato flavor and several spices made the fish an afterthought. Once the condiment began gaining popularity in the United States, more changes took place.

The first was the addition of sweetener, which was no surprise given the American tendency toward indulging the sweet tooth. At this stage ketchup was actually growing in popularity at a faster rate than fresh tomatoes were. Apparently, the presence of spices and vinegar provided a more acceptable flavor to those who were skeptical of straight tomatoes. This tendency could possibly be linked to the old perception that tomatoes were poisonous, which is owing to their presence in the nightshade family, a group of plants that does have poisonous members.

As it turns out, the nightshade issue was not the real hazard seen in tomatoes. Food safety created a few final adjustments to make ketchup what it is today. Older versions of ketchup were thinner and more watery because they were formulated from unripe tomatoes. They were lower in pectin due to their immature stage. Pectin has a thickening function in foods, so immature tomatoes meant thinner ketchup. However, the sodium benzoate used as a preservative in this format came into question for its impact on health.

This led to changes in ketchup designed to extend its shelf life without sodium benzoate. The solution was to use pickled ripe tomatoes, which yielded a higher concentration of acid due to the larger proportion of vinegar.

With a thicker consistency from the pectin and the distinctive flavor created by the ripe tomatoes preserved with vinegar and imparted with sweetener, we finally arrived at the version of ketchup that we know and love using on our food today.

Things You Should Know About Living a Vegan Lifestyle