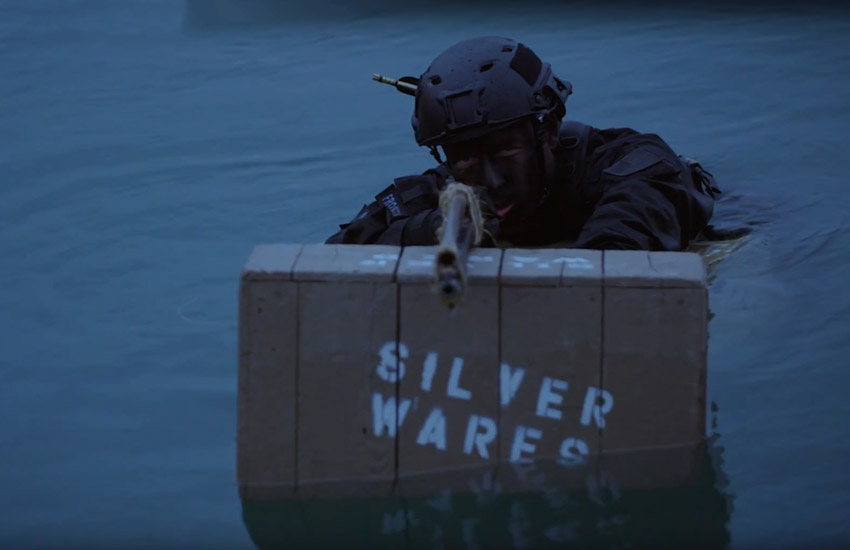 What happens when you bring Silicon Valley Veterans, Hollywood Executives, and Navy Seals together? Simple! You get some bad ass programming targeting guys like almost nothing out there today. NuBlu TV is a new OTT (Over The Top) streaming channel and we're sponsored to help promote their newest show, "Time Warriors".

Time Warriors features seven special operations veterans take on legendary battles with foes such as Blackbeard, Hitler, and the Confederate Army using modern tactics but period accurate weapons and armor. To help spread the word, we engaged some of our favorite men's lifestyle bloggers to interview co-founder, Mike "Odin" Janke and share more about how you guys can be part of the action by joining their forum and voting on who you think they should fight next!

Mike Janke is a former member of the legendary SEAL Team 6 as well as a serial entrepreneur and he's now bridged those two passions to create some amazing content that guys (and women too!) will love. You can watch Time Warriors by visiting the NuBlu TV Website and while there, make sure to visit the forum as well and help the team pick what historic bad guys they will take on next.

What inspired you to create Time Warriors?

In my career in Special Operations, we study, refine and analyze tactics of history. Apache indians, african tribes, Vikings, etc. We often talk about specific battles and break them down to analyze the strategies. This always leads to discussions about “what would we have done? What if 5-10 of us were inserted into that specific time in history?”. We wanted to show the “flaws and failures” that also happen, not just the movie-like hero always wins side of this job.

Men are notoriously challenging to market to since we tend not to group the way women do. Aside from this campaign, what are you doing to promote Time Warriors and your other content like Guns & Whiskey to the male market?

You make a great point, men do consume content differently. Surprisingly, our audience is made up of 27% female. We are playing the “long game” instead of instant flash-in-the pan type of numbers. We want an audience to engage, provide suggestions, discussions and help shape the content. We are technologists as well, so we follow the data. We analyze what our audience says about certain whiskeys and movies they would like to see - not just the usual analytics that websites base decisions on. We prefer to build a slow organic, but sticky audience instead of just “hits”.

How do the tactics of marketing those shows to men differ from how you might market La Vagabond to women?

Surprisingly, not that much different. We stick to our theme of “adventure”, that appeals to both men and women. La Vagabond is a good example, as both men and women are interested in the idea of sailing the world and the challenge and joy around it. We feel that adventure is more than just guys with guns and whiskey - although its hard to argue the value of both.

While many brands targeting "men" today seem to have lost sight of testosterone and rugged masculinity, you guys are embracing it in some of your shows. What inspired this vs doing a show targeted at softer “modern" views of what guys should be?

that is a great point. Yes, most modern content has to appeal to political sensitivities, softer men and the idea that masculinity is somehow offensive. We believe that this is who men are, in varying degrees. We are not actors nor are we trying to play a part, this is who we are for good or bad, so why not put it front and center? We disdain the modern idea that men have to conform to some new social sensitivities that is pushed as “better” instead of celebrating what makes us unique and different. Just as we believe there should be no set “norm” around women. Why not showcase that a man can be both masculine and a decent human being? why does being “softer” and metro-sexual mean “better”. We have no social agenda, so we have freedom to be who we are.

What’s the future of OTT content production and what plans do you have for how NuBlu will evolve in this space?

OTT is quickly overtaking most forms of content every quarter. We see OTT being more effective when its tailored to a specific audience, rather than just everyone. NuBlu is a “mashup” of Reddit and a Hulu-like platform, where the audience can engage and really help shape what they want to see next. NuBlu will evolve over the next few months with 4 more shows and an easier flow to allow the audience to comment, make suggestions and vote on the content.

Since there’s no "network" needed to distribute your content, what freedoms does that give you in producing your episodes as well as new pilot concepts?

Total freedom. We are not beholding to a network, advertising budget or social whims. We can stay true to what our audience wants to see and what we would like to watch.

Thanks Mike, for the rest of you, make sure to visit NuBlu TV to view Time Warriors as well as vote on who you want them to fight next. While you're there, make sure to check out some of their other great shows including Guns & Whiskey which is probably the greatest concept ever (aside from Time Warriors of course). Guns & Whiskey features two special operations guys who know the ins and outs of guns like almost nobody else, as they sip some fine whiskey and comment on movies like Universal Soldier, SWAT, and Maximum Conviction. 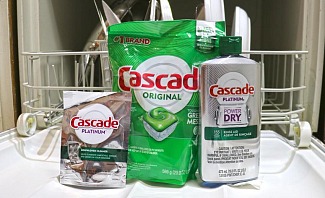