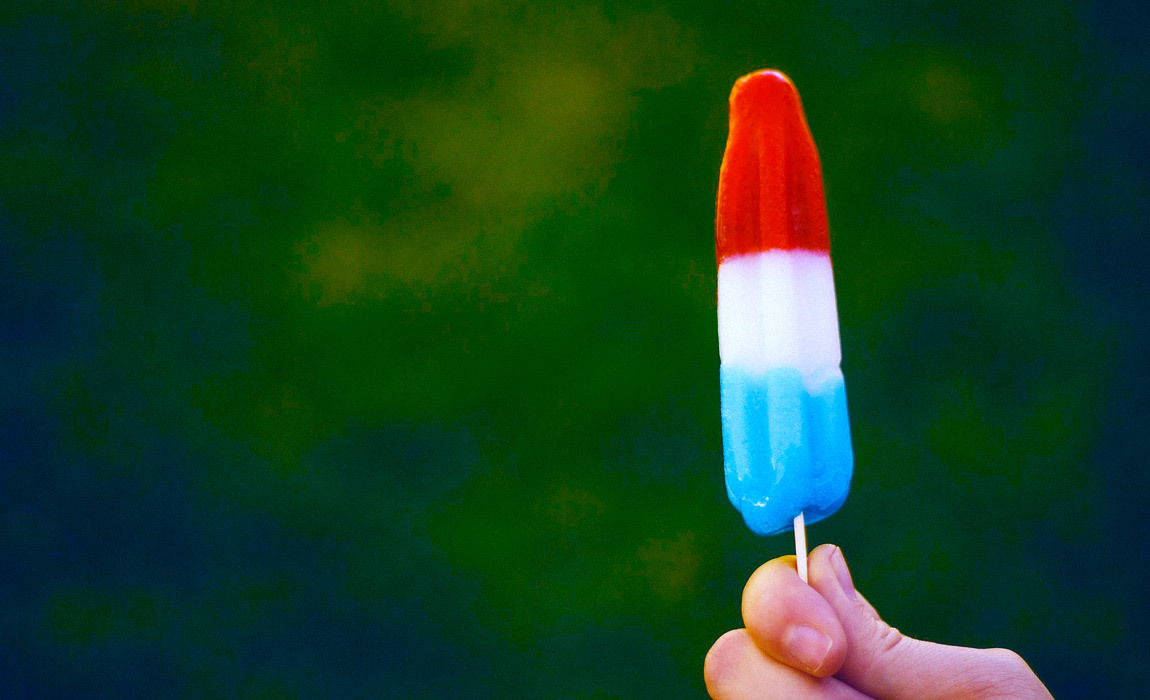 Popsicles, popcycle, ice pop, whatever you might call this delicious icy treat, it's a great thing that someone had the brilliant inspiration to create it. But who was the inventor of the popsicle?

The invention of popsicles was an “accident.” Credit is given to Frank Epperson, who was then only 11 years old, for this happening on a cold San Francisco night in 1905. He mixed some water and sugary soda powder with a small wooden stirrer into a glass before he wandered off and forgot about the drink, which ended up staying outside overnight.

The next morning, when he went outside, what was waiting for him was the first-ever Popsicle, which was frozen inside the glass. He was able to pull the icy treat out of the glass with the stirrer after he used hot water to loosen the frozen treat from the glass. He licked it off the stirrer, decided it was pretty tasty, and named it an Epsicle to incorporate his last name.

He began selling them in the neighborhood. It was 18 years later when he applied for a patent for his "frozen ice on a stick,” further described as a frozen attractive confection that could be consumed conveniently and without contamination because it did not need a spoon, fork, plate, or any implement. At this time he was a grown man with children, and they insisted on renaming them POPsicles. He began selling them at an amusement park in California.

Epperson fell on hard times in the late 1920s, had to liquidate his assets, and was forced to sell the rights to his creation to New York's Joe Lowe Company in 1929. Lowe took the Popsicle to national fame and success. They added a second stick, which created two Popsicles that were stuck together and sold it for a nickel! There is a rumor that about 8,000 were sold at Coney Island on just one hot summer day.

Lawsuits came about when Good Humor felt that this was an infringement of its copyright for ice cream and chocolate that was also sold on a stick. Ultimately a court decided that the Lowe Company did indeed have the right to sell frozen treats made from WATER while Good Humor could continue to sell its pops made of ICE CREAM.

A feud continued until 1989 when Unilever purchased Popsicle and then Good Humor, which joined the two brands. Unilever still sells an estimated two billion Popsicles a year in many flavors, the most popular being cherry.. The double sticks were eliminated in 1986 because it was more difficult to eat and too messy.

You can make your own Popsicles

You can buy molds in different shapes or simply use a plastic or paper cup and a wooden stick. Add water or juice or lemonade or coconut water or similar liquid plus honey, sugar or a sweetener. Blend in a food processor or blender. Use a bowl or large measuring cup with a spout to make it easy to put the mixture into the mold or cup. Add in a wooden stick. It needs about 2 1/2 cups of puree to make eight popsicles, and it takes about eight hours to overnight to fully freeze. Leave about 1/4″ of space at the top for expansion. Unmold the Popsicle by running the bottom of the mold under warm water for about two minutes. Pull on the popsicle stick gently to remove it. If it is still hard to remove, run the mold under water again briefly.

Some of the interesting variations are these:

* Any kind of cut-up ripe and juicy fruit or berries or fruit juice can be added, or try many combinations. When ingredients freeze, some flavor is lost, so the puree needs to have a strong fruit flavor and be on the sweet side before freezing.

* It is simple to make popsicles from just fresh orange juice.

* For cream-based popsicles, use a base such as yogurt, heavy cream, coconut milk, or almond milk.
Add fresh berries, fruit, cocoa powder, or cold brew coffee and blend. Add a tablespoon of cornstarch to make them creamy and not icy.

* For a special occasion, you can add edible flowers to make them extra attractive and unique.

What did Frank Epperson do the rest of his life?

We haven't been able to find out, but since he lived to the ripe old age of 89, perhaps he encouraged generations of his family and their friends to continue enjoying Popsicles!