Everything You Ever Wanted To Know About Cotton Candy 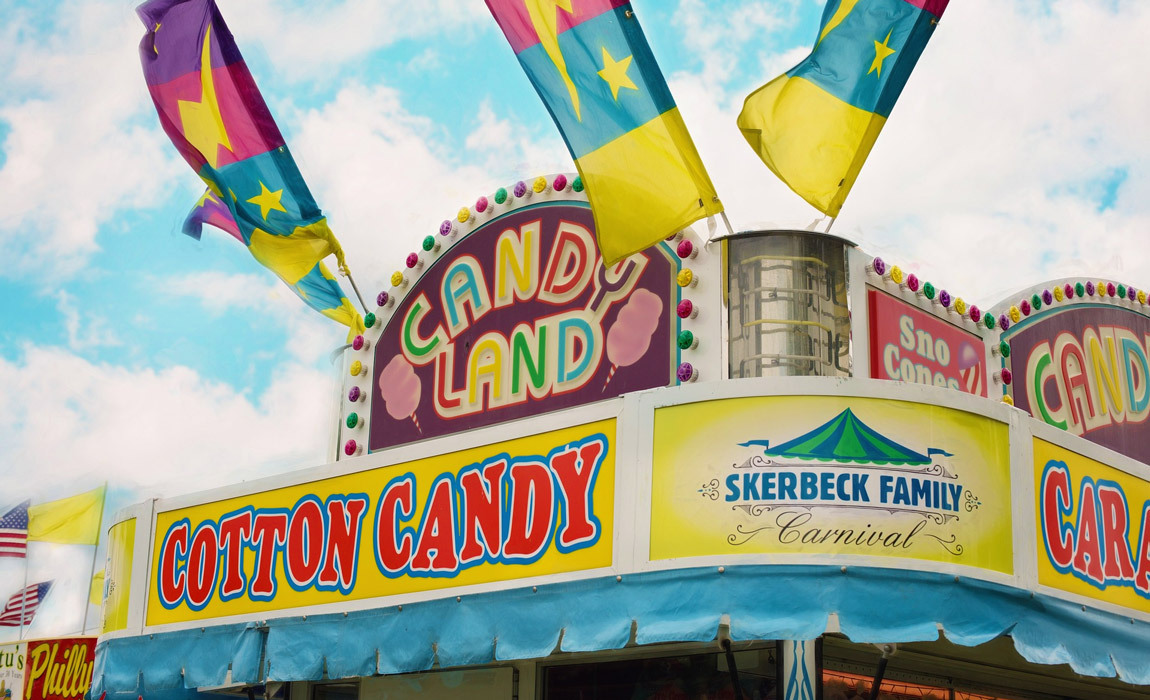 Who is the brain behind cotton candy? For how long has cotton candy been existing? Those are some questions you might be asking yourself every time you encounter the fluffy sugar treat. You might also be curious about the ingredients and process of production. Read on to understand the history and intrigues in cotton candy's evolution as we know it today from spun sugar. You will also be delighted to learn about two dentists' vital contributions to the invention of cotton candy.

Like many of our most popular culiary treats, there is not one person who we can credit with inventing cotton candy. Instead, the history of spun sugar and its subsequent evolution to fairy floss and the modern-day cotton candy stretches back hundreds of years. This includes contributions of innovative chefs during the Italian Renaissance and later the work of American dentists, Dr. William Morrison and Dr. Josef Lascaux to make cotton candy what we know and love today. Looking at cotton candy today, you cannot help but appreciate the series of inventions through the years to perfect its production. Machine production of cotton candy makes it readily available today, unlike in the early ages when the spun sugar was a preserve of the rich. Next time you savor the sweet treat, take time to think of the evolution of cotton candy.

Spun Sugar in the 15th and 16th Centuries

There is evidence that suggests that spun sugar has been existing for centuries now. There was no cotton candy making machine at the time. Therefore, making spun sugar was a manual process. Italian chefs are on record for turning molten sugar to make sweet treats in the 15th Century. The cooks delighted in showing their skill by creating sculptures from molten spun sugar. They made the spun sugar by collecting the molten sugar using forks and wrapping the strands around a broom handle.

France's Henri III got a spun sugar treat made in cutlery and tablecloth on his visit to Venice in the 16th Century. The spun sugar at the time was crunchier in comparison to today's cotton candy. However, producing the sugary treats was quite laborious and costly, that spun sugar was food for the rich.

Dr. William Morrison is the dentist credited with the invention of the electric machine for making cotton candy. He studied dentistry at the University of Tennessee from where he graduated in 1890. He was made President of the Tennessee Dental Association in 1894. Teaming up with John C. Wharton, they designed and patented the first cotton candy making machine in 1897.

The Ironic Connection between a Dentist and Cotton Candy

Interestingly, modern cotton candy is an invention of Dr. William Morrison, a dentist in 1897. Together with a confectioner, the dentist, John C. Wharton, designed and patented the electric cotton candy machine.

In the electric machine, sugar was heated in a perforated bowl and spun vigorously. The turning forced the sugar out through the tiny pores on the bowl to form thin strands of a thickness of fifty microns. The strands became known as fairy floss.

The electric cotton candy machine made its debut to the public in 1904 at the St. Louis World Fair, attended by about twenty million people. The dentist and the confectioner reportedly sold over 68000 cartons of cotton candy sold as fairy floss for half a year. Each carton went for a price equivalent to today's $6.75.

Fairy floss or cotton candy became quite popular as a snack. In 1905, a confectionery store acquired a cotton candy making machine to popularize the cotton candy treat.

Later, another dentist Dr. Josef Lascaux took the machine that Morrison had made and upon the patents expiring introduced his own improved version of the electric cotton candy machine. While the machine he created did not become as successful as he had certainly hoped, Lascaux is credited with creating the term "cotton candy" instead of "fairy floss" and popularized it as a sugary treat for children by selling it at his dental practice.

Cotton candy is a popular snack on a typical day out. It's a sugary treat that many people of all ages enjoy as they have fun. The following are fun facts of cotton candy that you probably did not know:

• The thickness of a cotton candy strand is about 1/2000 of an inch. The strand is thinner than your hair.

• The longest strand if cotton candy ever made was 1.4 km long. That is the length of several football fields.

• A standard package of cotton candy the size of a human head has less sugar than a can of soda.

• Cotton candy has a national day. It is on the 7th of November.

• Cotton candy today has many flavors.

• In England, cotton candy goes by the name candy floss while in France, it Papa's Beard, and in China, its Dragon's Beard.

What is the Recipe for Cotton Candy?

Interestingly, with only air and sugar, you are ready to make your cotton candy. Cotton candy is mainly air. You can also color and flavor your sugar as you desire. To make the cotton-like sugar treat:

• Add the color and flavor enriched sugar to the center of the perforated cotton candy machine.

• Heat the sugar strongly until it melts.

• Spin the molten sugar vigorously at 58 revolutions per second.

• The vigorous spinning forces the molten sugar through the tiny holes in the form of thin threads.

• The flossy threads solidify quickly to make spun sugar or cotton candy as we know it today.

While cotton candy is a simple and delicious sugary treat, it's origin is remarkably complex. While there are some foodie creations that are easy to point to and say who invented it, some - like cotton candy are far more complex!