History of Pancakes From Ancient Times to the Modern Era 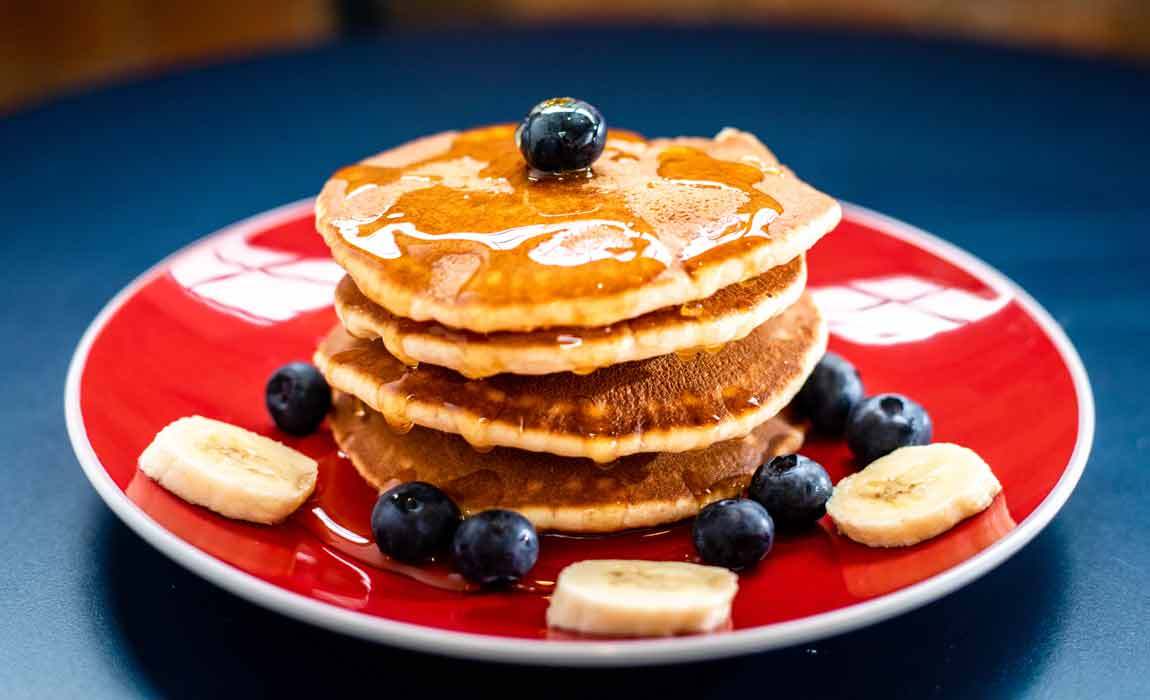 Pancakes are a popular breakfast food, but where did they come from? Some believe they were invented by the ancient Greeks and Romans. Others think pancakes were invented in medieval Europe. The exact origin of this tasty dish is unknown for sure; however, we do know something about how pancakes have evolved over time. In this article, we will explore the history of pancakes from antiquity to modern times!

Pancakes are a classic breakfast delicacy. This fluffy morning breakfast meal comes in a variety of styles and even more diversity when it comes to toppings. Whether you like to add blueberries and other fancy toppings or keep it old school with a simple drizzle of syrup; pancakes are an easy additive to any breakfast spread. While this dish has graced our plates for as long as we can remember, its origins actually extend far beyond our modern culinary scene and will likely continue hundreds or thousands of years into the future as well.

No matter what you call your pancakes - griddle cakes, hotcakes, flapjacks, or even slapjacks, the common ingredients have continued to be relatively consistent in western culture since biblical times. Flour, eggs, and milk are common ingredients used to create a batter to make flat, rounded, disks cooked over a hot flat surface.

While the toppings, grains, and the quality of milling may differ from one culture to another, the core concept of a pancake is the same now as it was thousands of years ago.

The combination of flour and other ingredients has resulted in the creation of more than 100 different delicacies from around the world. While they aren’t all referred to as “pancakes”, they are distinctively similar in structure. Research suggests that our stone-age predecessors may have indulged in pancakes more than 30,000 years ago. Through the use of grinding tools, stone age chefs created flour out of grains, and likely combined them with water to create what we all know today as pancakes. Whatever you choose to call them, these pan-fried circles of dough played a distinctive role in ancient diets. Often flavored with fruits and spices, these hotcakes were easy to make and have made their way to our tables today.

How Are Pancakes Made?

If you’re an avid pancake connoisseur, you probably prefer the homemade variety. While there are many recipes out there, the simplest recipes include ingredients like flour, eggs, milk, and baking powder. The ingredients are mixed together into a thick batter and dropped in a pan of hot oil or butter. Occasionally, there’s a pinch of cinnamon thrown in somewhere. In ancient times, pancakes were seasoned with rosewater and sherry, and were structured with wheat flour and crudled milk. One of the benefits of pancakes is their sheer versatility. No matter what you add, a pancake will always be a pancake. Molasses was a common ingredient during slavery days. In fact, early American pancakes were made with cornmeal and buckwheat,

Pancakes are also available in a variety of instant forms. There are boxes of premade pancake batter that only require water or milk. There is also pre-packaged pancake batter that requires no mixing at all, all you have to do is pour. Aunt Jemima is a popular brand of pancake mix and syrup. This brand was developed in 1888 by the Pearl Milling Company and was considered the first ready-mix pancake meal. The brand was acquired by Quaker Oats in 1926 and has since been rebranded due to its controversial origin.

Who Created The Name Pancake?

Pancakes got their name in the 15th century but the name gained significant traction in 19th century America. Despite this, the name continues to vary throughout many areas of the United States. Depending on the locale, you’ll find pancakes being called flapjacks, hotcakes, hoecakes, griddle cakes, or buckwheats.

Pancakes have been an important part of cultural ceremonies for centuries. While Americans eat them for breakfast, it wasn’t rare for them to be eaten during ancient ceremonies. In fact, if you search Shrove Tuesday, the first thing you’ll see is a stack of pancakes.

While the French Catholics celebrate Mardi Gras, Anglo-Saxon cultures - including Ireland and Commonwealth Countries - celebrate Shrove Tuesday or as many people now refer to it, Pancake Day.

Shrove Tuesday is the last day of feasting before the official start of Lent, and is celebrated with -you guessed it, pancakes. Because of this, Shrove Tuesday is also called Pancake Day and began when all forms of meat and animal were prohibited during lent in AD. 600. Christians made pancakes to diminish their reserve of eggs, milk, and butter in preparation for Lent.

Furthermore, because this is such an important festival in the Christian calendar, many people have attached special meaning to the ingredients themselves. For instance, the pancake it said to represent Christian faith while the eggs represent birth, fertility, and creation, flour represents the bread of life, and the bright white milk represents purity. Together they become a religious symbol but we think it is just an excuse to eat something delicious before six weeks of fasting and reflection in preparation for celebrating Jesus's resurrection at Easter.

Pancakes Around the World!

Pancakes are a staple in households throughout the world. In Scotland, they are referred to as “Pikelets” and boast thin crispy edges. Originally intended to serve as a variation of the British Crumpet, these flat cakes are served with jam instead of syrup, and are typically included at “teatime” in Australia. In Russia, pancakes take on a gourmet touch and are topped with caviar and sour cream. Another version features small round cakes, that resemble crackers. These miniature pancakes are made with a special type of cheese called tvorog and served at breakfast time with sour cream or jam. On the other side of the world, Japan combines a soft texture and unconventional height, in what is referred to as “Souffle” pancakes. These tall cakes are fluffy and stackable due to their base of mayonnaise, oil, and vinegar.

When someone has a genuine admiration for two distinctively different food items, it’s only a matter of time before they find a way to combine the two. Pancakes are no exception to this. Beer-flavored pancakes have found their way into recipe books throughout America. It’s no secret that beer adds a distinct flavor to any food it is added to. This is why “beer-battered” is such a popular term. However, how has someone managed to beer-batter...batter? Well, beer-infused pancakes are made with the typical ingredients in addition to 1 cup of craft beer that is simply mixed in. In Michigan, a popular recipe calls for a mixture of blueberries and wheat ale. However, the fun doesn’t stop there. A beer-infused syrup is made by pouring the remainder of the bottle into a small pot, adding brown sugar, and boiling for approximately 10 minutes or until the medley adopts a syrup-like consistency.

Pancakes have been an important part of cultural ceremonies for centuries. From ancient times to modern day, they've played a significant role in the rituals and traditions that define our cultures. In this article we discussed how pancakes were invented and their importance over time around the world. We hope you found these conclusions about pancake history interesting!