Healthy Vices That Are Good In Moderation 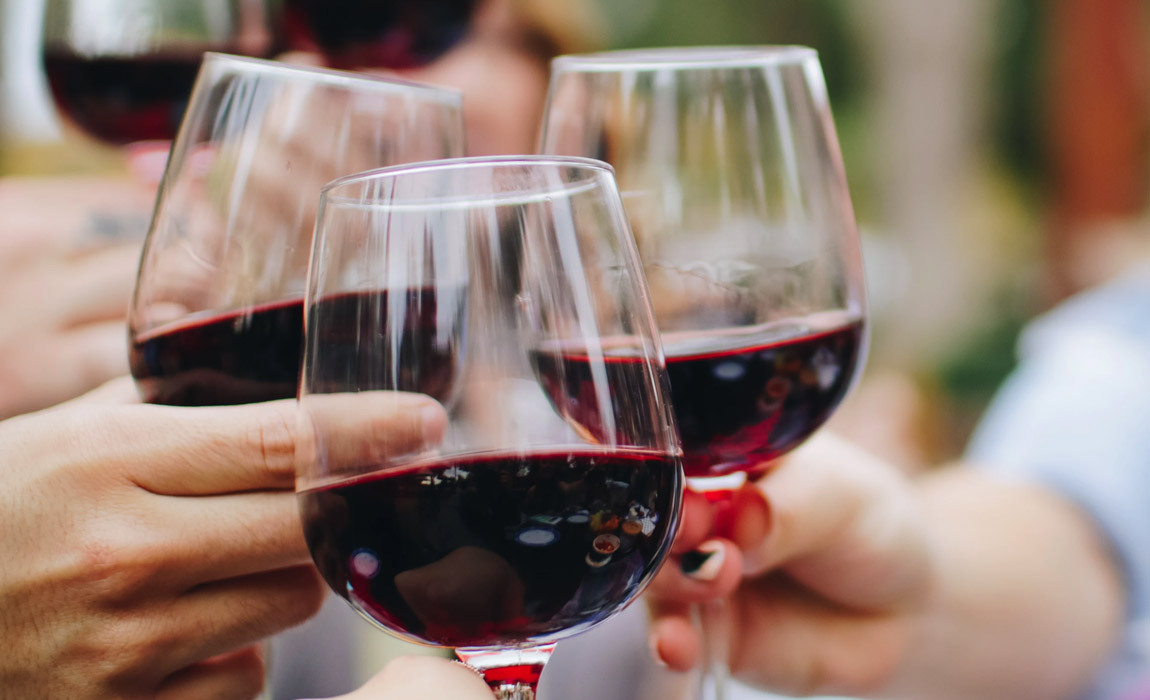 We often look at things that can be sinfully good as being vices when they go to far and sometimes we even refer to them as addictions. For instance, I know people who say they are addicted to ice cream, sex, or social media. Some vices such as eating too much ice cream really have no redeeming value other than making you feel good, even in limited quantities. Others such as drinking wine or eating dark chocolate can have redeeming health value when done in moderation. Let's take a look at a few examples where you can achieve both pleasure as well as health benefits from doing something frequently.

We all want to be healthy and make sure that we live long and happy lives. Working out, eating well, and making sure that you eat plenty of veggies isn’t what it is all about, though. There is some room for ‘guilty’ pleasures of vices that we just can’t get enough of. However, in order for them to not hinder your health, they need to be something that is only consumed in moderation. There are some options that can help to keep you healthy and reduce your risks for certain things, like allergies or heart disease, so establishing some healthy vices can be good for you.

There is a difference though between a true addiction and something merely being a vice. The most basic difference is that you can be addicted to pretty much anything and it is characterized as being related to repetitive behaviors and is treated currently as a brain disorder because of how that addiction is manifested in the brain's reward system. Over time, the body begins to uncontrollably crave that positive stimulus and one's life begins to revolve around it. This could include sex, drugs, certain foods, or even taking risks physically or emotionally. These behaviors could be considered vices but not necessarily.

Vices on the other hand are generally practices that can be considered sinful, immoral, criminal, rude, or otherwise considered negative by society. While generally speaking, foods aren't generally immoral or criminal, we sometimes joke about them being sinful because they can have negative effects without moderation.

We all know that having too much of something can impact our health. Too much food can lead to us being overweight, and too much alcohol can mean excess calories, as well as addiction. Smoking and other substances can also impact our health in a negative way and could lead to the need for American Addiction Centers, as an example. So establishing some healthy vices that can actually benefit you can be a good thing, rather than reaching for something that will impact your health in a negative way. So with all of that in mind, here are some vices that can actually do you some good.

Wine - as well as many other low proof alcoholic beverages can have health benefits due to aclohol's ability to help you relax and this often leads to reduced blood pressure. However the star here is Red Wine. Red wine is considered the healthier option compared to white wine due to chemicals found in the skin of the grapes referred to as resveratrol, a polyphenol that is commonly found in grape skins. resveratrol is said to have significant health benefits including lowering cholesterol, lowering blood sugar, and other circulatory benefits. While grapes used for both red and white wine have this chemical in their skins, red wines transfer more of it to the wine because red wines spend more time in contact with the skin to give them more color and tannins. Generally speaking, red wine grapes such as Cabernet Sauvingon have higher levels of polyphenols (including resveratrol) but many grapes including the more delicate Pinot Noir can have high levels of resveratrol as well.

While you might want to use this as an excuse to enjoy a glass or two of wine with dinner, it is likely that you can see a similar benefit from simply eating table grapes or drinking non-alcoholic grape juice.

There has been a study that found that people who have a couple of squares of dark chocolate on a regular basis can actually reduce their risk of heart disease by nearly 40% as well as reducing risk of stroke by nearly 30%. So if you want something sweet that won’t be as bad for you, then dark chocolate is the best option. If you want to choose the dark chocolate that is going to be the best for your health, then choose 100% cocoa. Remember, though, it is going to be the most effective for you if it is consumed within moderation.

There is some research that shows that when you get plenty of vitamin D, it can be such a good thing to help reduce risks of osteoporosis. While this is commonly seen as a female ailment, men can suffer from osteoporosis too. The sun can be harmful when exposed to it in extreme conditions and when you don’t protect yourself. But if you expose yourself in the right way, the sun’s rays, for ten minutes each day can make a difference. Still wear sunscreen, though, as it will make sure that you’re protected but won’t impact how much vitamin D you can create.

If you want to be healthy then you can naturally assume that anything that is called a ‘fat’ is going to be something that is best to avoid. Healthy fats, and there are many, can be good things in your diet. They can help you to feel full, provide you with some vital amino acids, and help to reduce your risk of inflammation. The fats to look out for and to have in your diet are fats that are in nuts, olives, avocados, and oily fish like mackerel. When good fats are consumed in moderation they can also help your body absorb nutrients. It might be counter intuitive but for instance, a salad that is just lettuce might not be able to have your body absorb the nutrients compared to one with a bit of dressing on it. Of course, like everything on this list ... it's all about moderation. Putting too much blue cheese dressing, tons of cheese, croutons, and other garnish will start to diminish any health value. We suggest simply adding some pecans, avocado slices, and a light vinaigrette dressing instead!