Beginner's Guide To Getting Into Model Trains 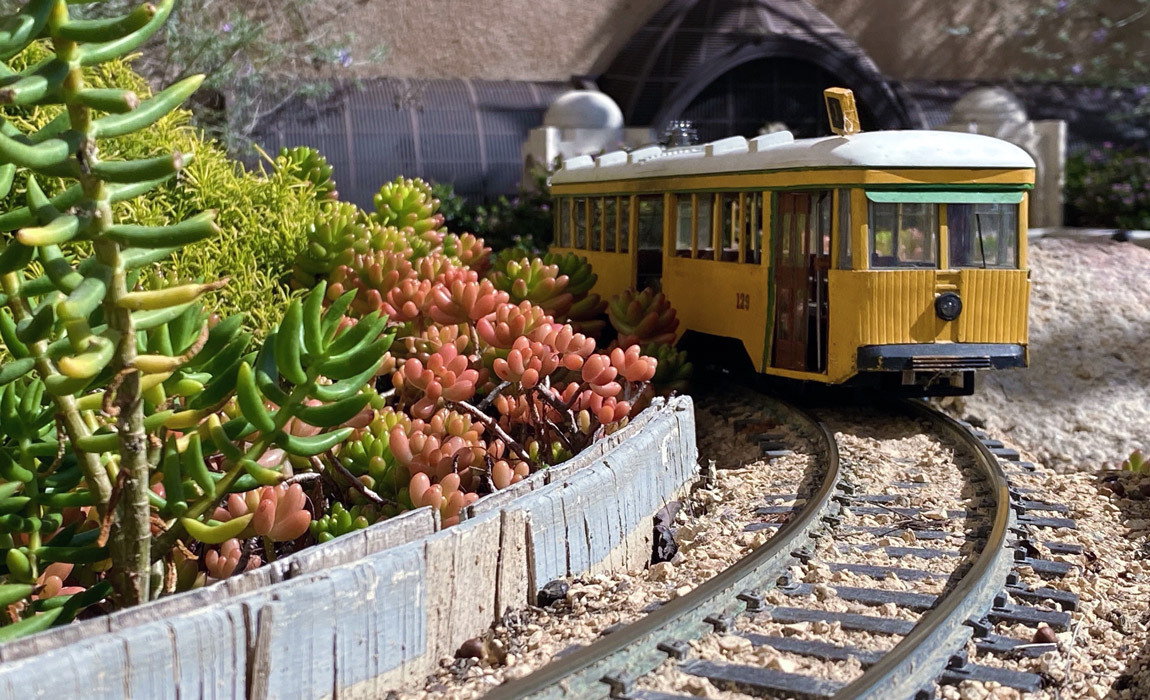 It’s a hobby that a curiously high proportion of guys find themselves getting into, especially as they get just a little older and want to find some hobbies that don’t involve going out and into the world. Working with model trains and building model railways can be a lot more engaging and rewarding than you might think at first glance. But where do you get started? Here, we’re going to look at a few tips that can help you get started on the right track.

What Do You Need To Start?

If you wanted to get started with a beginner’s model railroad track, then you might be able to buy them in a single package, the rails, base, trains, and scenery. Starting with one of these beginner’s kits can help you get used to building them but as you get into the hobby, you’re going to want to start choosing these components yourself. However, you need to make sure that they all fit together, as well. That’s where the next tip comes in handy.

Choosing The Location For It

Before you buy anything else or make any other decisions, you have to know what space you have available for your model trains. You might only have a single table in your study to fit it all on. If you’re lucky, you will be able to make a hobby room in the garage or in the attic space, which can give you all of the floor space in there to play with. Figure out not just where you’re going to put your model railroad, but also how much practical space you can use. You’re not going to use it from one end of the room to the other, you need to be able to move around it, as well, after all. Keep that area in mind, as it’s going to determine how big your plans can get.

There are trains and tracks of a wide variety of sizes, and only trains of a certain scale are going to be compatible with tracks of that same scale. The most common scales are, in order from largest to smallest, called O scale, HO scale, and N scale, but there are plenty more, as shown at The Spruce Crafts. The scale that you choose should depend on what your aims are. It’s a good idea to start with a basic idea of what you want to create and, from there, think about how much space you’re going to need for it. You might find that trying to create an idea in one of the larger scales would take up too much space, but you could fit it in a smaller scale.

Setting Up Your Space

Though there are exceptions, most model rail builders prefer to install permanent tracks, which have to be nailed down in place. You might not want to nail a bunch of things into your floor or table so, to that end, you should get familiar with the concept of building a baseboard. This will require some carpentry, as it involves connecting blocks of timber to serve as a base for a plywood top that you nail your tracks and stick your scenery onto. Of course, to do this work, you will want to make sure that you’re working in a clean, well-ventilated space and that you have room to work, such as a workbench, which might mean you have to downsize how much space you plan to use for the train itself.

Laying Down Your Tracks

Once you have your baseboard down and you know what scale you’re working to, it’s a good idea to start with the track, first and foremost. There are tools that can help you visualize and plan your track ahead of time, with real track planning software like Trackplanner being the most demanding but most effective of them. You can secure the track directly to the baseboard with adhesive and ballast, or you can use cork sheets that you fit on top of the baseboard if you prefer your trains to be a little quieter. You buy track in sets, and you can them down to length with any kind of saw, connecting different pieces together with rail joiners that tend to come with any model train kit or can be bought at hobby stores.

Choosing The Trains For You

The most exciting part for a lot of people is actually choosing which trains you have running on your tracks. There are a lot of different options, with brands like Live Steam creating a wide range of historically based trains. A lot of people tend to pick those they have some familiarity with, or based on a period of history they like, whereas others simply pick those that have a look that they like. There are no wrong options, so long as you’re picking trains that fit the scale of the tracks. How you get those trains to run is a different question.

Figuring Out How Your Trains Run

Different trains run in different methods. There are still plenty of trains that run based on a single set speed, with any train cars behind following the leader as long as power is supplied to them. However, modern electric trains tend to have microchips in each train that allows you to control them at will. Just make sure you know what the control system for your train is. DCC systems (or Digital Control Command) is the standard. You also need to make sure you have enough power for all of them. Most model train kits come with the power supply necessary to power them, but if you keep adding more trains to them, then you’re going to need additional power for them, too.

The train might be one of the main draws of building a model railway, but the scenery that it travels through is going to be another big appeal, as well. There are lots of ways to build and install scenery for your railway. It’s best to do this after building the rail itself so that you know how much space you have to decorate. You also need to make sure that you have supports for your scenery so the weight of them doesn’t become too much for the baseboard. Most hobby stores will have model railway sets that you can purchase based on a theme, but there are also tutorials for building scenery, such as hills, trees, and the like, like the guide at Model Railway Engineer.

Though seeing a crash or two might be part of the fun for some, when you want to build a proper working miniature railway, they can become more an annoyance than anything. There are a few ways to avoid collisions. Trains can become derailed for a range of reasons. First of all, make sure that all parts of the track and trains are kept clean of dust, dirt, and grime. Make sure to lubricate wheels and moving parts on the tracks, too. When planning out your tracks, be generous when it comes to turns and curves, and turn down the speed on your trains if you need to. If it’s lighter cars and wagons, then you might need to add some weight to them, as well.

As you get better at building model railways, you will find that there aren’t any real rules for it and no real restrictions to follow. Get creative, try new things, and find what makes the layouts and the hobby most interesting for you.