Understanding The Difference Between Dating And Courting 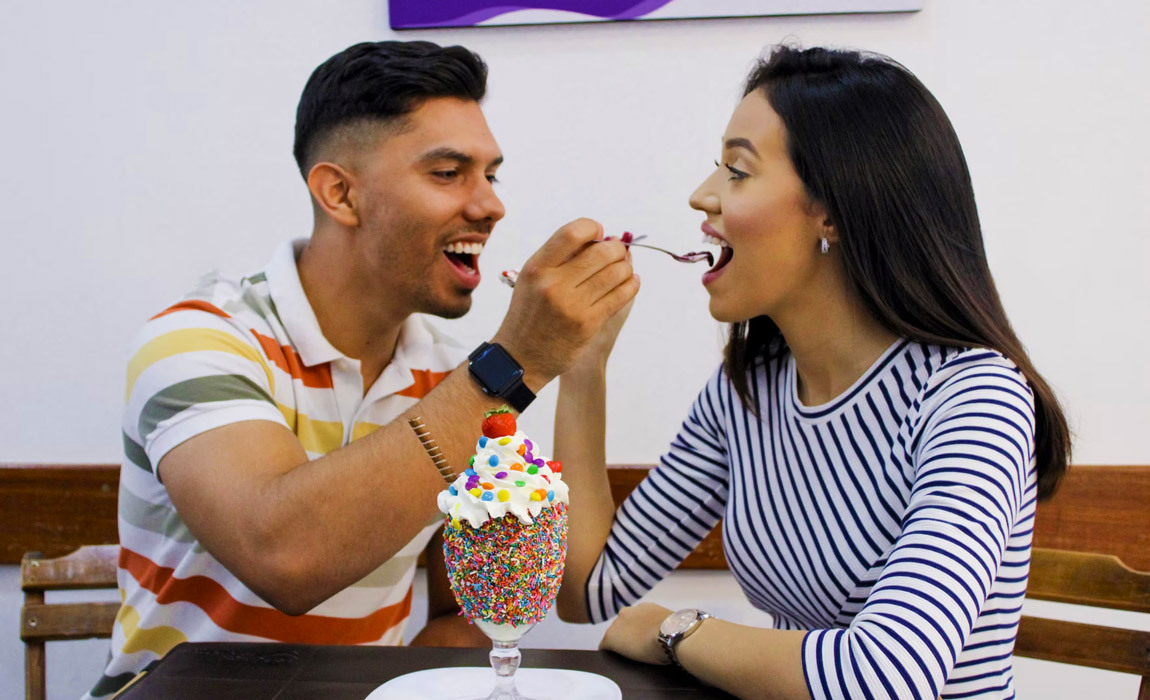 Among most western cultures, the concept of "courting" brings back images of a society from decades ago or from a foreign culture. However, there are some good aspects of courtship that we may be missing out on by our modern society's focus on physical intimacy and short term goals such as simply finding a fun person to hang out with.

On the other hand, courtship brings to mind the pursuit of a serious relationship that will ultimately lead to life changing events such as buying a house and making it a home, starting a family, and potentially even helping to support parents in their final years.

We don't advocate that men "settle" for a safe option but rather they consider the differences and use this advice to help plan their dating and relationship plans so they can achieve what they want.

Binding and joining are two words used interchangeably about a dating relationship. However, the words are not interchangeable in commitment because there is a difference between dating and courting. We agree that dating occurs when people meet to get to know other better. It means that a couple does not intend to get engaged anytime soon. Instead it is a more casual relationship with a level of commitment limited simply to being a good guy that respects his date.

However, in a courtship, both parties have already decided to get married  or that is the intention when they start dating each other. In short, a dating relationship is short-term while courtship is long-term.

How You And Your Potential Partner Meet

Dating usually occurs in public and on an individual basis, while courting is typically done with the involvement of others. Potentially even in the presence of others. Ultimately, the two can be in categorized as private or public. The difference between these terms lies in the actual purpose of their meeting.

Dating is generally done under the high pressure brought by family and friends or the pressure of peer groups. With dating, the parties may expect to do things considered good manners or social etiquette. On the other hand, courting is typically done with great care and planning. The elements are generally private with one's partner and the pressure of pleasing one's parents and potential spouse's parents as well as getting their approval is also a critical element.

However, dating people do not necessarily set specific goals - at least initially. Instead those relationship goals will develop over time as one partner or the other determines that the person they are dating is worth pursuing at a different level.

This changing set of priorities and relationship goals is a core difference between the dating process and courtship. In fact, as a partner - usually the man but not limited to such - becomes certain that his partner is "the one", the dating relationship may shift into a courtship where marriage is the goal and not merely physical intimacy or having a fun time together.

How to Get to Know Each Other Better

Dating is often be described as getting to know someone or the other, while courting is a process of building a love for someone. I can be summarized by the following statement, which is extremely true but was not said because it would sound too dramatic: "Finding someone you like, liking them, and loving them are three different processes."

Dating can encompass the entire process but with courtship the couple is generally accelerated to the third phase through some external influence. This might include a matchmaker hired by one or the other partners or it might be an external matchmaking process initiated by the parents or family.

In the dating process, expectations increase as the relationship develops. While some people may simply seek physical intimacy as part of a "date", the dating process itself should be focused on getting to know someone. In that process, the level of expectation can move from dating to engagement to marriage.

When a couple initiates a courtship process - or even if one of the parties does this on his or her own, the goal is marriage and so this is the expectation of a lifelong commitment.

It is important to distinguish between relationships at this point. A relationship happens when two people have become romantically involved with each other. Being in a relationship means that you may be dating or courting your partner. Your relationship does not mean that you are engaged or married to your partner, though you may soon be married.

Love is a powerful feeling. It is what makes us want to get get engaged and ultimately married. Love and lust should not be confused as they are different, they also have different meanings. In a love relationship, there would not be any attachment, commitment, or expectation of finishing the relationship as it is just a term used to describe love relationships. With lust it is purely focused on desire for physical intimacy and this is something that may fade over time even as love continues.

In a courting relationship, lust is less of a factor and developing a deeper love for the person is a primary objective. The reasoning for this is as stated above, lust can come and go but love will ultimately help a relationship stay strong over many years and is the foundation for a successful marriage.

There is the definition of a courting relationship without marriage commitment. It may be a flirtatious type of relationship where the couple does not commit or expect within their relationships. It is also known as being in love but not necessarily being committed to one another.

On the other hand, when you get engaged, you have already committed to your partner, and you'll likely get married soon.

Physical attraction is ultimately a key part of any relationship. However, a relationship built solely on physical intimacy and lust will not be as strong as one built on love. As such, it is important for both a dating process as well as courtship that the partners focus on building love and connecting on an emotional level instead.

Don't be naïve though, most young people are looking for physical intimacy in a relationship and so this is important as well. It shouldn't be the primary thing though.

Additionally, even in cultures where virginity is required, desired, or expected as part of a marriage, there are other ways to be physical without actual intercourse. These other ways to express physical affection can be as basic as hugging and holding hands, to kissing or making out, to other sexual interactions to share physical pleasure.

One of the challenges with physical intimacy in relationship building is that if expectations aren't set then it could lead to misunderstandings and disappointment where one party things the dating relationship is at a different level than the other partner thinks it is.

People normally date to find a potential life partner and possibly get married or have children but this is not always the case. Sometimes dating is simply to hang out with someone and get to know them better while having fun.

However, during a courtship, whether initiated by a matchmaker or by mutual agreement as part of an engagement, that objective has already been established.

In a nutshell, dating is a short-term practice that helps people get to know each other better. On the other hand, courting is long-term and used by those who want to get married. What's more, dating is done in public while courting do in private with one's partner.

Dating Tips For Men In Their 30's