Gun Safety Tips: How To Teach Your Children About Using Firearms Safely

Whether or not you own guns, it's absolutely imperative that you teach your children from a young age how to be safe around them. You don't know when or where they could end up with an unattended weapon, and a lack of understanding of the dangers can prove fatal. Properly educating your kids about guns in a secure, safe, and controlled environment will help remove the mystique around them. It will help to dispel the notion of something new and forbidden that they might have should they come across a firearm on their own.

How Should You Start?

The first stage is actually going to be avoidance. Just like you teach toddlers not to touch a hot stove or an electrical outlet, you first teach them never to touch a gun. I have always added the caveat that they must find and tell an adult. At that age, it is impossible to teach complex reasoning, and the safest thing is avoidance and telling an adult. If you own your own weapons, you need to make sure that they are always secured, and at friends' and family members' homes, you will be keeping a close eye on your little one anyway.

Every few months or so, I would test my kids by leaving an unloaded gun out on a table or couch while I hid and watched to ensure they followed the rules. This was always rewarded by excessive praise and some type of reward or treat.

Isaiah Miller, Co-Founder of Cash for Arms, emphasizes the importance of teaching children about gun safety in a controlled environment. 'By educating kids about firearms in a safe and secure setting, you can help remove the mystique around them and ensure that they understand how to handle guns safely,' says Miller.

Kids as young as two have inadvertently shot themselves, siblings, and others with tragic results. Remember, many popular pistols only need between 4-6 pounds of pressure to depress the trigger, and toddlers are more than capable of generating that force.

These next steps are the critical ones. Simply stopping at the avoidance stage will only breed curiosity once your children get older. Think back to your own younger years and some of the adventures that I'm sure you went on. Without a true sense of the power and seriousness of guns, most kids who have been told no can't help but be intrigued by the forbidden.

When they are old enough, I suggest allowing them to be in the presence of a gun being fired. It doesn't even need to be live ammunition. Think of a reenactment or a display at a local historical site or something similar. The noise and sight will further impress upon them the power of a firearm better than any words could at that age.

After that, it is key to allow them to handle a gun in an extremely controlled setting. It is at this point that you must begin to stress the cardinal rules of firearms safety:

If they do not understand or can't remember, then they are not yet ready for this step. At the stage of handling only, it is more than okay if they only understand they must treat every gun like it was loaded, keep their finger off of the trigger, and to never point it at anything.

You don't even need to own a gun to accomplish these steps. If you asked around enough, I'm sure that even the most anti-gun circle of friends has at least one gun owner or a friend of a friend who is. Even if you can't find one, most local shooting ranges allow rentals, and they have their own range safety staff who would be more than willing to help teach safe handling to a youngster.

At this point, the only thing left is eventually allowing them to fire a gun. There is no set timetable on when or even if your child will reach this point. Some kids just don't mature at the same rate, and there is no one better able to judge their readiness than a parent. Supervised firearms training removes the final layer of mystery surrounding guns. Given the opportunity to explore and experience these weapons in a safe setting, your kids should have no need to experiment on their own, and the temptation for dangerous and potentially deadly play is hopefully removed.

How Do You Know When?

The most important part of this entire process is not to be fixated on a specific timetable or age. Flexibility and patience are needed to ensure that this educational experience has the desired effect and does not become traumatizing. There are programs out there that try to put a finite age on when to move from avoidance to supervised safe handling, but I vehemently maintain that no two children are alike. Trying to force a child when they are not ready can be disastrous, and not recognizing when your kids may be interested enough to try experimenting on their own and ignoring your advice can be even more so.

It is also perfectly alright if you don't think you can walk this path alone. There are a number of resources available to help you navigate this difficult topic as a parent. Both the NRA and the Kids S.A.F.E. Foundation have established and well-recognized programs regarding gun safety. I strongly believe that any effort in this avenue is better than none, and the worst possible thing that you can do is to ignore it. Not being proactive in teaching gun safety to your own children only leaves the door open for experimentation, poor safety advice, peer pressure, and accidents. A parent is the best person to guide their child, and our kids are smart enough to understand quite a bit more than we tend to give them credit for. 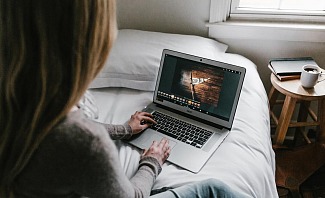 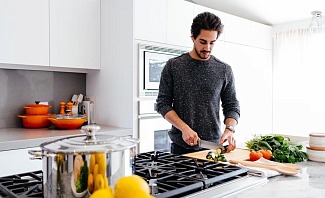 Ways To Help You Get Through A Busy Week

Ways To Help You Get Through A Busy Week