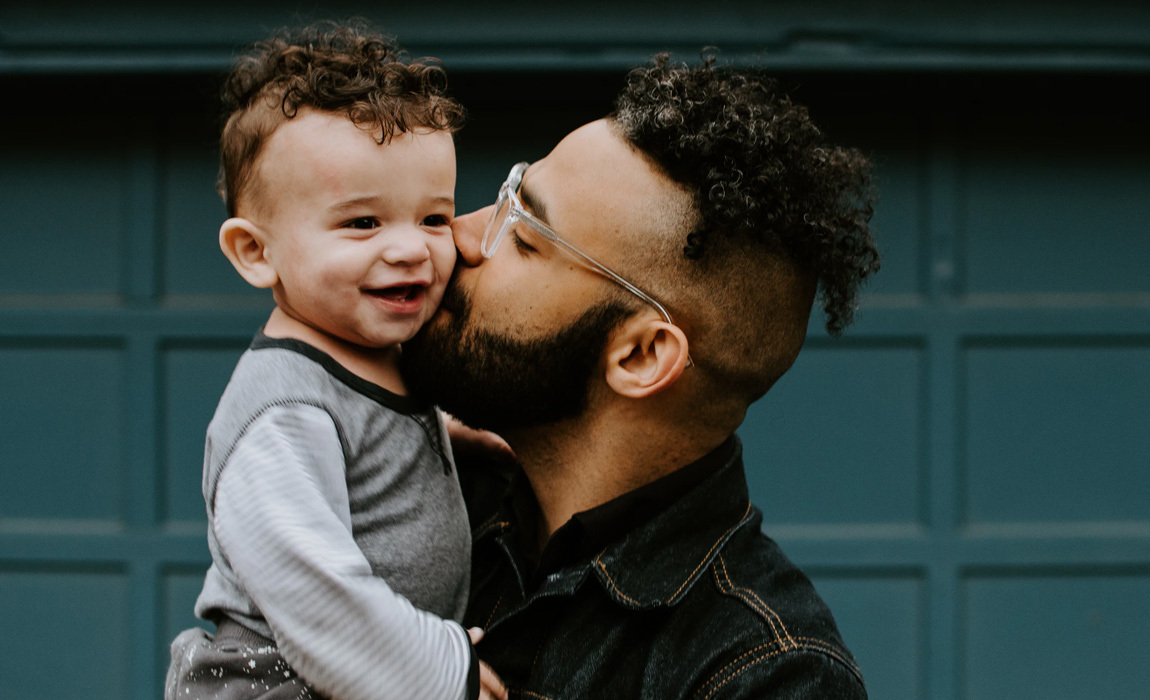 So you're becoming a dad or maybe you have a newborn baby that just arived. Congratulations! Though it might feel daunting and overwhelming at first, fatherhood can transform your life in incredibly positive ways. While we are not lawyers we do have a lot of friends who have gone through child custody fights recently. Our goal here is to raise public awareness for issues related to legal issues related to fathers rights. While we live in a society today that focuses on women's rights, we seek to make sure that dads aren't forgotten. We want to make sure that men have good legal advice to help protect them and their children.

Many fathers simply don't know where to start. They love their children and want a solution that is in the best interest of their kids. However, family law often seems to stack the deck in favor of the mother. Most men will never need to worry about involving family court but unfortunately sometimes it is unavoidable.

Here are some some common legal questions that men have when they become a father or are in the process of becoming a father to be.

What Are My Legal Rights As A Father?

Each state is a bit different - for instance, in California, joint legal custody is is favored by the law.

This includes the father - even if separated from the mother - having the right to help make decisions related to a whole suite of child rearing decisions ranging from school and extracurricular activities to religious rituals, doctor visits, medications, vaccinations, and even where the child will live or can travel to.

While California is one of the better ones for joint legal custody, Illinois on the other hand is one of the worst. According to Custody X Change who conducted a study of how much time each parent gets with the child after a divorce, Illinois children spent just 23.1% of the time with their dads, compared to their mom. If that sounds bad, Mississippi, Oklahoma, and Tennessee fathers fared even worse!

Does The Mother Legally Have To Tell The Father She's Pregnant?

No. Although most people would say that women have a moral obligation to tell their partner when they become pregnant, they have no legal duty to tell the father. If they choose to abort the pregnancy, courts currently view the unborn baby as part of the woman and she has the right to exorcise it from her body as she wishes.

However, once the baby is born, everything changes. For instance, if a woman is planning to give a baby up for adoption, in most states the biological father will have to at least be notified. This provides him with the opportunity to block the adoption or even try to adopt the baby himself.

Again, this is a fathers rights situation is a legal matter that you should discuss with your lawyer.

However, in most cases a father will not be able to block the adoption unless the parents were married, both parents have signed a Voluntary Declaration of Paternity (this is a California form, other sites have similar) that mutually agrees that the man is the father, demonstrated that he acknowledges the child as his and desires to welcome him in to his home.

Who Is The Legal Father Of A Baby: His Biological Father Or The Mother's Husband?

In most states, a woman's husband is automatically assumed to be the legal father of the child. If the mother of your child is married to another man, you might need to get a DNA test to establish your paternity before you will be allowed to have legal rights over your child. If you're in this situation, and you aren't on your baby's birth certificate, you need to act quickly. If another man spends a long time raising your child, he might continue to be considered the legal father even if a DNA test shows that the child is yours.

What Legal Rights Does A Biological Father Have?

A biological father's rights depend on his legal relationship to the child. If you have a biological child, but you have given him up for adoption and are no longer his legal father, you don't have any rights over your child. If you are the legal and biological father to your child, on the other hand, you will have custody and visitation rights, and will be considered by the court as an equal partner to the child's mother.

What Is A Father's Legal Responsibility During Pregnancy?

By default, the mother's expenses are her own responsibility. However, if she chooses to go to court, and is able to establish that you are the father, you might be on the hook for covering some of her medical expenses. This is considered a form of child support, since she is carrying your baby. Depending on the circumstances, though, she might not be able to establish paternity.

If you aren't married to the mother, and you choose not to acknowledge paternity, it will usually take a paternity test for you to be held responsible as the father. Be careful of going down this route, though, because getting a paternity test before the baby is born can be dangerous to the baby.

Does A Father Have Legal Rights If Not On Birth Certificate?

No, not unless you have gone to court and secured a DNA test to confirm paternity.

Legal paternity and biological paternity are different, and if you are not on your baby's birth certificate, you do not have legal rights over the child.

If you find yourself in this situation though, you can go to family court and ask for a DNA test. Your sample will be compared with that of the child and you will officially become the legal father and this will give you the same rights as if your name was on the birth certificate.

At this point, you will have the same rights ... but also the same obligations. This of course includes child support payments.

Can A Mother Legally Keep A Child Away From His Father?

Every parenting situation is different, but the default assumption by most American courts is that mothers and fathers have equal rights to their children. A parenting plan that is mutually agreed to by two parents is the most stable solution to raising healthy and successful children.

Many couples choose to informally make arrangements about where their child will spend their time.

Unfortunately this isn't always possible due to the actions of one or more parties. For instance, if the mother of your child is keeping your child away from you, or threatening to keep your child away from you, you might need to go to court to get a court order to assert your rights. For new dads this can be an especially challenging situation because there are so many things going on in your life trying to adapt to being a dad and now you have to fight a court battle too.

If a judge determines that you are a fit parent and there are no domestic violence issues, you should be able to see your child half the time. Without a court order, if the mother chooses to keep your child away from you, she isn't breaking any laws; no one is going to haul her to jail for keeping your kid away from you. In general, if you want to have your rights spelled out, you will need to go before a judge.

How Do Courts Decide How Much Child Support The Father Owes?

Each state has a different formula for how child support payments are determined. In California, factors that are taken into consideration include the income of both parents, how much time the child spends with each parent, are there any alimony or child support payments from previous marriages, which parent is paying for costs related to raising the child such as daycare, healthcare, etc.

The child support amount is however different from state to state since some states consider "gross income" and others look at "net income" with expenses such as union dues and tax obligations removed from the gross income amount.

Additionally, if one of the parents makes so much money that the basic equation would be more than generally required to raise the child, the judge may reduce the child support payment accordingly.

What Can You Do If You Aren't Happy With The Child Custody Agreement?

If you've gone through the legal process to establish a child custody agreement but for some reason the family court judge has decided on a parenting plan that isn't agreeable to you, there are options.

Unfortunately they can only be appealed after the final judgement is decided. You will not be able to appeal the temporary orders since they are not considered final.

Shared custody agreements can be challenging for both fathers and mothers but no matter what the outcome is, make sure that you are able to avoid turning the children in to pawns used to fight with the mother over other issues that may have developed between the two of you.

Also, remember that fathers generally have equal rights in family law. This might not be easy to see when you are in the middle of a child custody battle but it is important that fathers don't lose site of what's really important - the children.

Where Can A Single Dad Get Fathers Rights Legal Help?

If you need legal help related to any of these issues above, you should turn to a family attorney in your area. In particular we recommend that you seek a lawyer that specializes in fathers rights since this will generally provide you the strongest advocacy.

Family law is a distinct type of legal practice, and you can't just hire any attorney to take your family law case. Make sure you read reviews of attorneys before hiring them, and try to hire an attorney that has taken on a case like yours before. If you're having trouble paying, consider going through a legal clinic. Many law schools host legal clinics which allow law students to take on cases for low-income clients who need to access the justice system.

Where Can Single Father Get Emotional, Financial, And Other Support?

It can be a lot easier for single mothers to get support than for single fathers. Most non-profit organizations are created to protect, support and educate women as the primary care givers for children.

There are also many resources available locally as well, including churches and other community organizations can help get you the support you need. Many YMCAs also have parenting groups for fathers. Try to find a supportive group of men who are in the same situation that you are. Many men struggle with becoming fathers, and not everyone will understand the situation you're in. Find people who will understand and support you unconditionally.

Dangers To Avoid When Driving With Kids In The Car

Dangers To Avoid When Driving With Kids In The Car 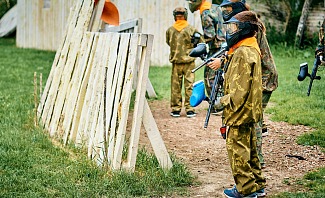 Yard Care Tips for Busy Dads: How to Keep Your Lawn Looking Great with Minimal Effort

Yard Care Tips for Busy Dads: How to Keep Your Lawn Looking Great with Minimal Effort