How Are Newborn Babies Able To Breath Air Immediately After Being Born? 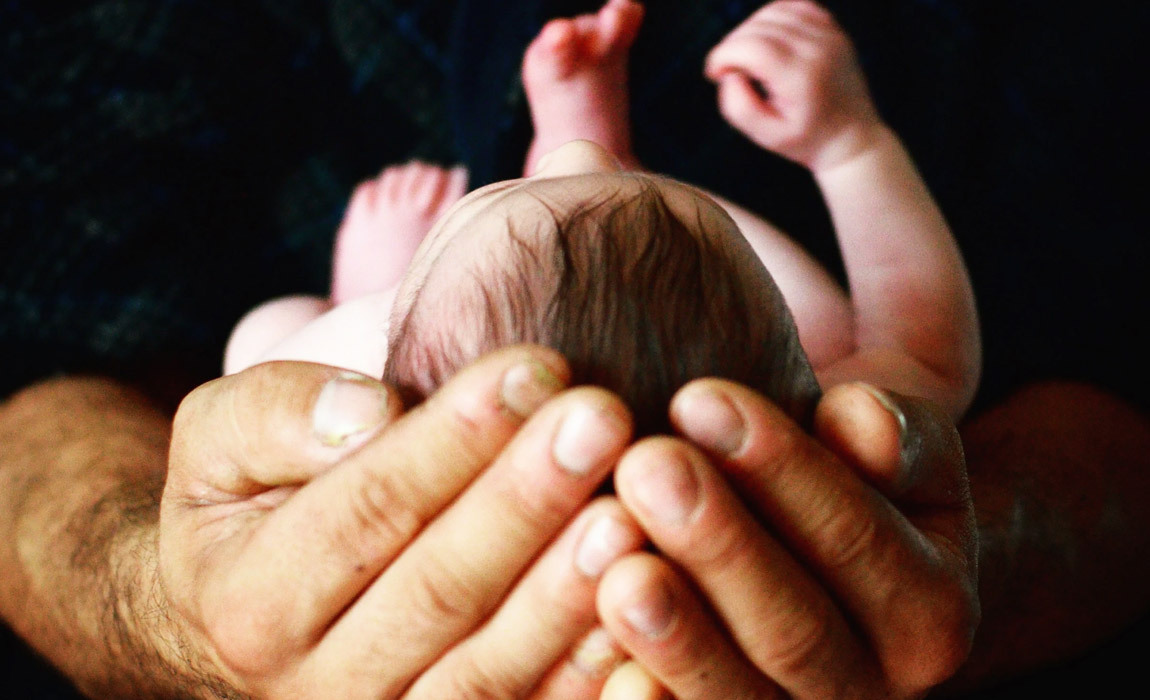 After sitting inside a womb for months, how do babies take their first breath? Most people don't think about this much; they just accept that babies can breathe as soon as they exit their mother, but it's an interesting question. It shines a light on human evolution and the miracle of birth in general.

Going Through the Transition To Breathe On Their Own

Birth is pretty traumatizing for a baby if the baby could remember it. The child has been in a soft and warm womb for months. This is all the baby knows.

It's a dark place, but it's familiar and quiet. Everything the child needs is provided like nutrition and oxygen. The baby doesn't have to lift a finger to live, but then the nine months are up and the baby has to be born. Contractions start to happen, and the baby is pushed out of the body without warning.

Oxygen is limited during the entire labor, and the skull bones have to contort as the baby passes through the birth canal. The trauma isn't over after the birth. The world is cold, very bright, full of crazy noises, and much more.

In this world, the little human takes his or her first breath, and it takes a full 10 seconds to do that. Can you blame the child? This world is different and takes some time to get used to.

How Does the Baby Prepare to Breathe?

Okay, so babies take their first breath when they come out of the womb, but the truth is the fetus sort of practices breathing in the womb.

You might have learned that the uterus is full of liquid. You might think water can't help a baby breathe yet that kind of happens. A fetus inhales the amniotic fluid inside of the womb. It's not the kind of inhaling people do since there's no air in there, but the baby is still inhaling.

Just because there's no air doesn't mean the baby doesn't have access to oxygen. The child gets oxygen through oxygenated blood.

Since the fetus isn't technically breathing, it doesn't need the lungs right now. A fetus has partially collapsed lungs. The only reason they aren't fully collapsed is because they're filled with amniotic fluid.

Getting the Baby to Breathe

Birth is an incredible thing. The woman's body starts preparing the baby to breathe air for the first time. The baby won't do this on his or her own since the baby never needed to.

Labor contractions, yes, those nasty and painful labor contractions constrict blood flow. They do this by squeezing the umbilical cord that takes away oxygenated blood from your baby. At this point, the carbon dioxide levels start to go up since there is less oxygen being delivered to the baby.

When the carbon dioxide levels get high enough to cause acidosis, that's when the baby's brain finally takes notice. The respiratory center in the brain is switched on so that the baby is ready to take that first breath they're going to need soon enough.

Once the baby is born, mucus is aspirated from the mouth and nose. After this happens, the baby is going to start breathing those few seconds after birth.

That first breath is pretty dramatic because it inflates the lungs that were partly collapsed when the baby was in the womb. Blood flow to the lungs forces the circulatory system to change. The fluid that was in the lungs starts to drain, and they begin to do their job.

Advice For Millenials Looking To Grow Up And Become Successful Men