Alcohol Abuse vs. Alcoholism: How Men Struggling With Alcohol Can Tell The Difference 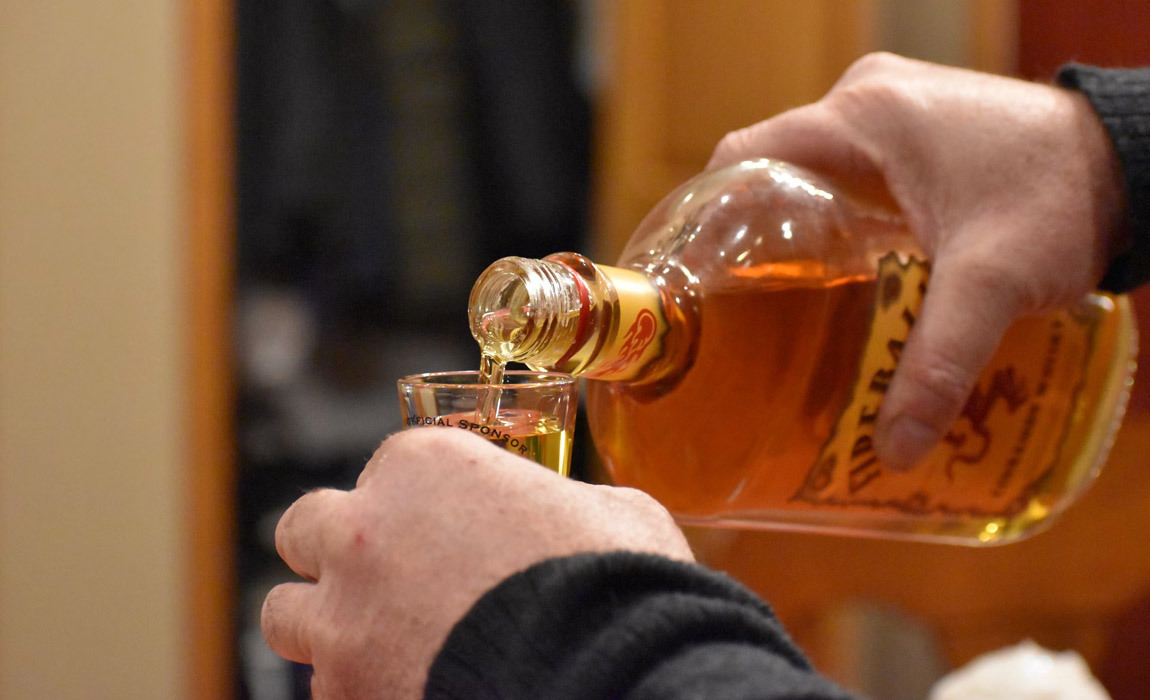 How does alcohol abuse differ from alcoholism? This is a question that many people struggle with, especially men who are dealing with addiction. The two terms are often used interchangeably, but they actually refer to different things. Alcoholism is a disease that refers to the physical and psychological addiction to alcohol. Alcohol abuse, on the other hand, is when someone drinks alcohol in dangerous or harmful ways, but they do not have an addiction to it. In this blog post, we will examine the differences between alcohol abuse and alcoholism and discuss how men can live better lives without alcohol.

The Definition Of Alcohol Abuse

Alcohol abuse is when someone drinks alcohol in a way that is harmful to their health or puts them in danger. While this generally reflects heavy alcohol use, any amount of alcohol consumption or alcohol misuse can be considered alcohol abuse. For instance, it can include drinking excessive alcohol while pregnant, driving while intoxicated, or drinking too much alcohol on a regular basis. Alcohol abuse is a substance use disorder regardless of whether the individual has developed symptoms of withdrawal, intense cravings or drinking habits that indicate that the person's life is being controlled by addiction.

In many parts of American culture, alcohol abuse is considered a right of passage and for men it is something that proves their virility. For instance, consider the iconic frat party complete with beer bongs, keg stands, and drinking games.

Heavy drinking like this may not lead to alcohol problems for many people. However, these activities can set a dangerous pattern that may continue in life.

The National Institute on Alcohol Abuse and Alcoholism defines moderate consumption as two or fewer drinks per day for men and one or fewer for women.

Binge drinking however involves consuming alcoholic beverages that brings the Blood Alcohol Concentration above 0.08 or roughly 5 drinks per man over a two hour period.

This is where the pattern becomes more important and is where most people start to be told by friends and family members that they may have a drinking problem. Heavy alcohol use is defined as 4 or more drinks on any day or more than 14 drinks per week. While many of us have gone to an event and "partied too much", the pattern here is that regular heavy alcohol use can lead to instances of alcohol abuse and increased risk of developing alcohol use disorder.

Drinking alcohol in moderation is not considered abuse, but it can become abuse if it starts to become a pattern that interferes with your life in a negative way.

Alcoholism, on the other hand, is a disease that refers to the physical and psychological addiction to alcohol. People who are alcoholics struggle with control over how much they drink and they will continue to drink even if it causes problems in their life. Alcoholism is an addiction and a chronic disease that requires various forms of treatment that range from medical intervention as well as therapy to help the individual learn techniques to manage their desire to have another drink.

When you drink alcohol, it stimulates a release of neurotransmitter chemicals in the brain - including dopamine and endorphins that are the body's way of making you feel good. Additionally, alcohol acts as a natural pain killer. This combination quite literally numbs both the body and mind and in moderate amounts is why consuming alcohol is one of the most popular vices that we find in almost every human culture on earth.

Unfortunately, not everyone is able to control their consumption and it can lead to alcohol dependence in many people. This then leads to withdrawal symptoms when they try to quit. The body has adapted itself to crave the chemical release that alcohol brings. This has lead to a whopping 14.5 million people in the United States that have been diagnosed with Alcohol Use Disorder (the official medical term for alcoholism). Recovery is possible with the right help but one is generally never "cured".

The signs and symptoms of alcoholism

Alcoholism is a medical condition that falls under substance abuse and is more than just a situation where someone needs to stop drinking. There are a few key signs and symptoms that can help you to identify alcoholism.

These signs of alcoholism include:

If you are experiencing any of these symptoms, it is important to seek help as soon as possible. Alcohol abuse and severe alcohol use disorder can lead to serious health problems in a person's life. These include liver disease leading to liver cirrhosis, heart disease, and cancer. It can also lead to alcohol poisoning, which can be fatal. In the case of pregnant mothers who suffer from alcoholism it can also result in negative consequences for the baby such as fetal alcohol syndrome.

While we often think of alcoholics as older men, 414,000 adolescents aged 12-17 in the United States have been diagnosed with AUD though estimates suggest that less than 10% of people with alcohol use disorder have received any treatment.

How alcohol abuse differs from alcoholism

While most people understand that alcoholism is a challenging addiction, you can still abuse alcohol without being an alcoholic.

Alcohol abuse differs from alcoholism in a few key ways:

On the other hand, an individual who is exhibiting signs of alcohol abuse may simply be a person who participates in excessive drinking at every ball game - leading to a bad hangover the next day for instance but otherwise is generally sober in other situations. Or it can be someone who simply doesn't know his limits and instead of just stopping with one or two beers ... continues till he is unable to drive home safely.

Alcohol abusers are more difficult to identify socially because much of the time things can be simply laughed off as, "oh he just had a few too many".

However, this is a serious problem and the first step is being able to recognize the risk factors and help friends and family members identify their problem drinking patterns before they become one of the severe cases.

Just a single instance of inappropriate consumption is a sign of alcohol abuse, regardless of whether it would ultimately be declared an addiction. If you have concerns for the way a person drinks then it is important that they talk with a healthcare provider.

The Physical Dangers Of Alcohol Abuse

Even if alcohol abuse doesn't lead to alcoholism, it can still have harmful effects on your body based on the effects of alcohol, especially harmful use of alcohol that define alcohol abuse. For example, alcohol abuse can cause liver damage, heart disease, high blood pressure, and cancer. It can also lead to alcohol poisoning, which can be fatal. If you are experiencing any of these symptoms, it is important to seek help as soon as possible.

The Social And Mental Dangers Of Alcohol Abuse

In addition to the physical dangers of alcohol abuse, there are also social and mental dangers. For example, alcohol abuse can lead to relationship problems, job loss, and financial problems. We talk a lot about drunk driving and alcohol-related problems due to impairment but there are other dangerous situations as well such as having unprotected sex. The social consequences can also lead to depression, anxiety, and other mental health disorders. If you are experiencing any of these symptoms, it is important to seek help as soon as possible.

How Men Struggling With Addiction Can Live Sober

If you are struggling with alcohol addiction, there is hope. Recovery is possible with the right help but one is generally never "cured". There are a variety of treatment options available that can help you to manage your addiction and live a sober life. These treatment options include medical intervention, therapy, and support groups.

Even if you don't think a problem has risen to the level of actually being diagnosed as an alcoholic, alcohol abusers often need help as well. An alcoholism treatment program will help manage the symptoms of alcohol withdrawal as well as help with behavioral therapy as well as addressing physical health conditions and mental wellness as part of a treatment plan guided by medical professionals and group therapy sessions.

While some men will be able to maintain a sober status after spending time going through withdrawal, a lot of time organizations such as Alcoholics Anonymous are the key to maintaining a positive daily life pattern without alcohol intake to deal with challenges faced. For other men addiction recovery is less successful and requires many unsuccessful attempts as well as sober living experiences where support is more readily available and fewer temptations exist to relapse.

Here are some things you can do to help reduce alcohol abuse among your friends:

While it's important to be aware of the dangers of alcohol abuse, it's also important to remember that recovery is possible. If you or someone you know is struggling with alcohol addiction, there is help available. With the right treatment and support, it is possible to manage your addiction and live a sober life.

Recovery from alcoholism requires professional help most often in order to be successful. Alcoholism is a progressive disease, meaning it will continue to get worse without treatment. If you or someone you love is struggling with alcohol addiction, don’t wait to get help. 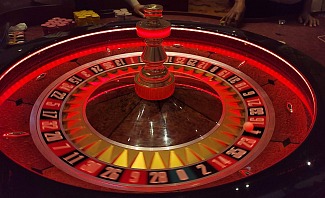