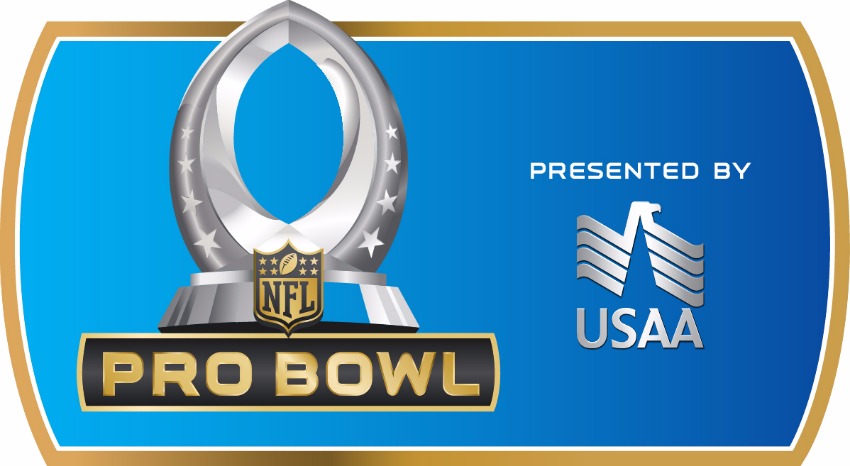 In 1922, a group of 25 Army officers made a promise to protect each other when no one else would. Nearly a century later, USAA represents more than 11 million members committeed to the same mission. The organization provides a suite of services for military members and their families, including: Insurance, Banking, Investing, Real Estate, Retirement Planning, Health Insurance, and Shopping Discounts. With 2016 marking the 75th anniversary of the attack on Pearl Harbor, this year's location for the Pro Bowl has a special significance.

Since 2011, USAA has been an Official Military Appreciation Sponsor of the NFL, including their Salute to Service campaign. On January 31, 2016 they will be presenting the NFL Pro Bowl between two teams comprised of the best football players in the NFL today, and a series of events that week leading up to the game. The two teams - headed by football legends Michael Irvin and Jerry Rice - will draft their teams on Wednesday, January 27 and compete for glory with the best players in the league.

will start just before the coin toss on Sunday, Jan 31 at 7:30 pm ET, but make sure to follow @MenWhoBlog and @USAA for coverage from all the exciting events that week including:

Join #MenWhoBlog, along with bloggers including [WHO] and special guest hosts as we share the fun and excitement of the 2016 Pro Bowl while celebrating the men and women in the United States Armed Forces.

2) Follow @MenWhoBlog for questions that will be presented as "Q1: Who is your favorite #ProBowl player? #USAAProBowlParty" Since this isn't your typical Twitter Party, we'll be doing a lot of back and forth conversation about the game itself too so we hope you'll join in that as well.

5) Make some new friends, ask questions, and most importantly - have fun!

Who knows, we might have some awesome surprises too that we can't talk about yet!

Help Us Spread the Word ...

If you are as excited as we are to watch the Pro Bowl then help us let others know by sharing this tweet:

Join me and other football fans for the #USAAProBowlParty hosted by @MenWhoBlog! Sun, Jan 31 7:30pm ET Details: http://bit.ly/1nND4o0

Are You Ready for Halloween? With Special Guest Goodwill