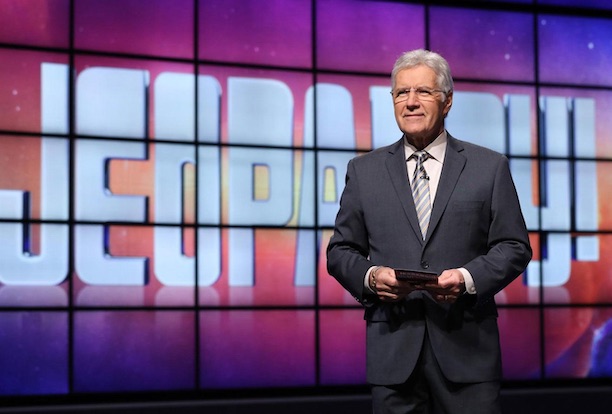 ... Alex Trebek hosted Jeopardy for almost 37 seasons.. Photo: Jeopardy.com Posted Nov. 10, 2020 In a tribute to long-time host Alex Trebek, the Game Show Network will be airing a 6-hour marathon of “Jeopardy” this weekend. It will be Saturday, Nov 14, from 9 a.m.-3 p.m., ET. Game Show Network talent will share words of tribute throughout the marathon. “Join us as we celebrate Alex Trebek and his legacy,” the channel stated in a Tweet. “He was truly in a category of his own.” Trebek hosted the show for nearly 37 seasons. He passed away Sunday at age 80 after a battle with pancreatic cancer. He filmed his last shows less than two weeks before his death. His final day in the studio was Oct. 29. He had taped 35 episodes prior to his passing and the show’s executive producer, Mike Richards, said that they will all air, with the