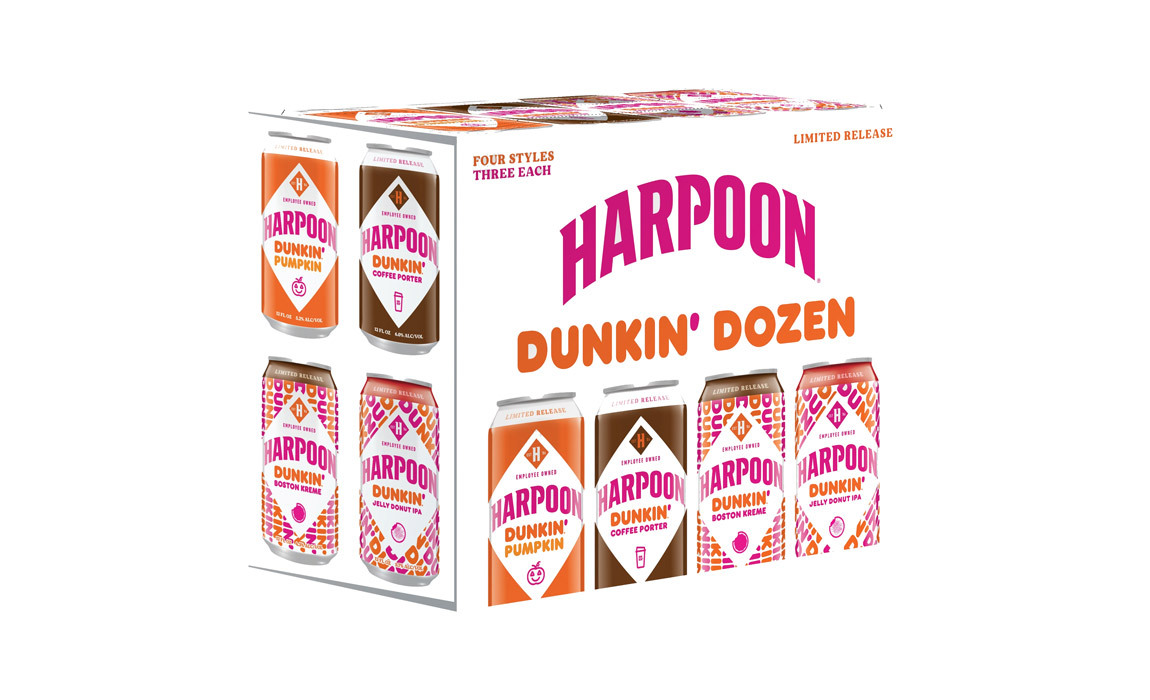 Harpoon Brewery and Dunkin' are at it again, launching a series of new coffee and—for the first time—donut-infused beers for fall. A trio of new beers, Harpoon Dunkin' Pumpkin Spiced Latte Ale, Boston Kreme Stout, and Jelly Donut IPA, join Harpoon Dunkin' Coffee Porter on shelves this September and mark the first time beers have been brewed with actual donuts from Dunkin'.

After the extremely positive reaction the Harpoon Dunkin' Coffee Porter received from fans for two consecutive seasons, the brewers at Harpoon took it a step further to see what would happen if they brewed a beer made with Dunkin's famous donuts, creating a new lineup that celebrates classic fall coffee and donut flavors:

"We're excited to elevate our collaboration with Harpoon this fall with the introduction of Harpoon Dunkin' Pumpkin beer and the first ever Harpoon beer made with real Dunkin' donuts," said Brian Gilbert, Vice President of Retail Business Development at Dunkin'. "We have no doubt the new donut brews, along with the rest of this new fall lineup, will bring the same moments of sweetness and smiles our coffee and donuts have created for 70 years."

"After more than two years and three seasons of collaborating with the Dunkin' team, our fans have come to expect a delicious fall beer from us, but we wanted to give them something extra special this year," said , Harpoon CEO and co-founder. "Our brewers have always been master innovators, but brewing beer made with real donuts was a first even for them. It's hard to pick a favorite of the four recipes – just like it's hard to pick a favorite donut from Dunkin' – but we hope both our and Dunkin's fans have a blast trying."

To find them all near you, check out the Harpoon beer finder: https://www.harpoonbrewery.com/beer-finder/. 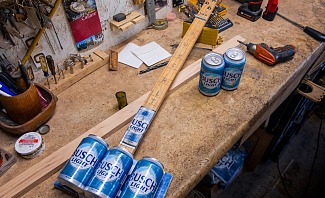 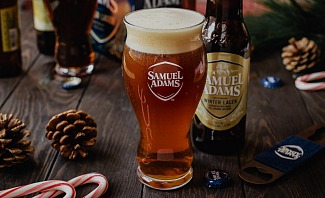 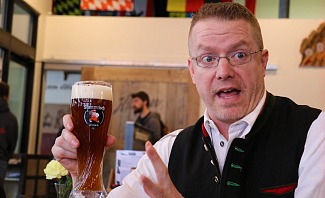